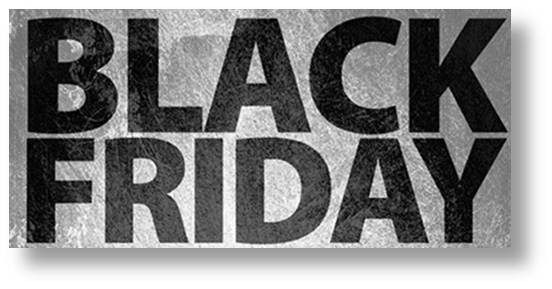 By now, you’re probably in mid-bite of your grandma’s famous sweet potato pie while simultaneously thinking about the contents of your next plate. You’ve probably already argued with your sister about who makes the best macaroni and cheese and some of you may have given up altogether and are sitting at one of the few eateries open today,  enjoying a stress free meal-served to you and ready in minutes, not hours.

Today will be long but hopefully time well spent with the ones you love. As for tomorrow, well, you’ll probably be glad you ate so much the day before. Black Friday will most likely require you sacrificing breakfast and coffee for door busters and a good spot in line.

Originating in the 1960s, Black Friday was birthed through its still number one benefactor, retail. BlackFriday reports that the “Black” “refers to stores moving from the “red” to the “black,” back when accounting records were kept by hand, and red ink indicated a loss, and black a profit”. On the other hand, for those that help manage the chaos it brings, the term “Black Friday” was used in hopes that consumers would choose to boycott the shopping sprees given that it caused intense congestion, traffic and general unpleasantness. Nowadays, it’s clear that their hopes were in vain.

Since this is AskDrO, we must stay true to our advice giving nature and offer some words of wisdom during the battle of the sales tomorrow.

This unofficial American holiday has long sense become an annual tradition that consumers are more than happy to conform for. The streets may be quite now but in less than 12 hours for some stores, the hustle and bustle will begin. Top stores that are believed to have the best deals include Target, Wal-Mart, Best Buy and Khols.

So get there early and remember to shop smart. The countdown begins now!