There is a fast and affordable drug on the market and it is called social media! If we asked you, how much time in total did you spend on social media networks this weekend, would you believe your answer? Social media has become a modern day addiction and affliction for most Americans. According to Social times 2.03 billion people are active social media users and 18% cannot go a couple hours without checking their profiles. Ages 20-29 spend on average two hours a day on sites where ages 15-19 spend three. Most social media outlets like Instagram, Facebook, Snapchat and Twitter are engineered to create user habits and as a result have been incorporated in to the average smartphone and computer user’s daily routine. Some users check their online profile feeds over 100 times a day. As our society is becoming more technologically advanced, objecting to social media dependency seems counter intuitive. However, it is essential to understand the power that this dependency can have over different types of internet users.

Urban American culture’s take on social media networking has changed the public’s outlook on happiness and success. While some people take the fad lightly others have a harder time separating the virtual world from the real world. Some suffer from self-confidence issues that result from cyber bullying, obsessions with user notifications and gossip, and undesirable exposure. One of the more recent examples of social media mishaps occurred with upcoming female R&B artist Kehlani on Instagram. After being exposed for cheating by her ex via Instagram photo posting, she posted a photo of her in the hospital after attempting to commit suicide. Kehlani reports that the internet’s negative backlash towards the allegations was overwhelming and made her want to give up. Can we agree that social media should never have this power? 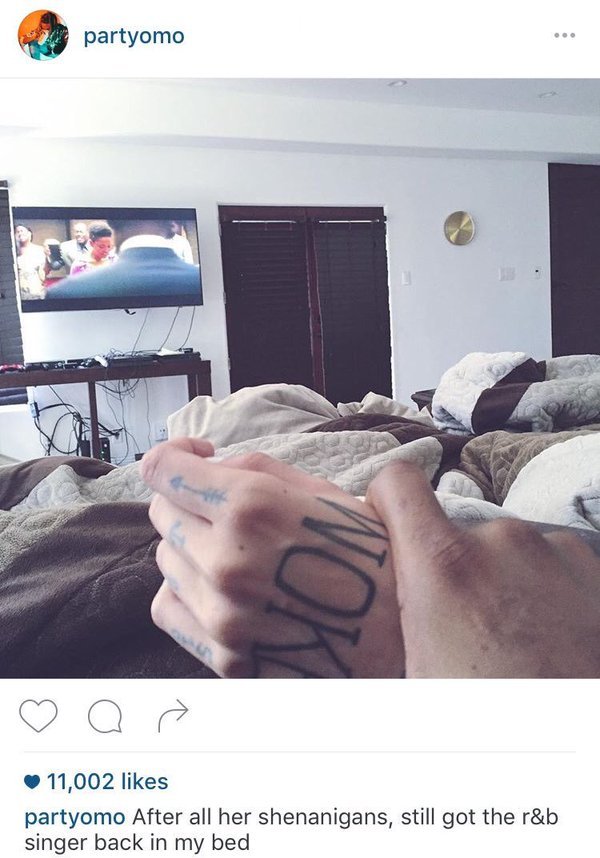 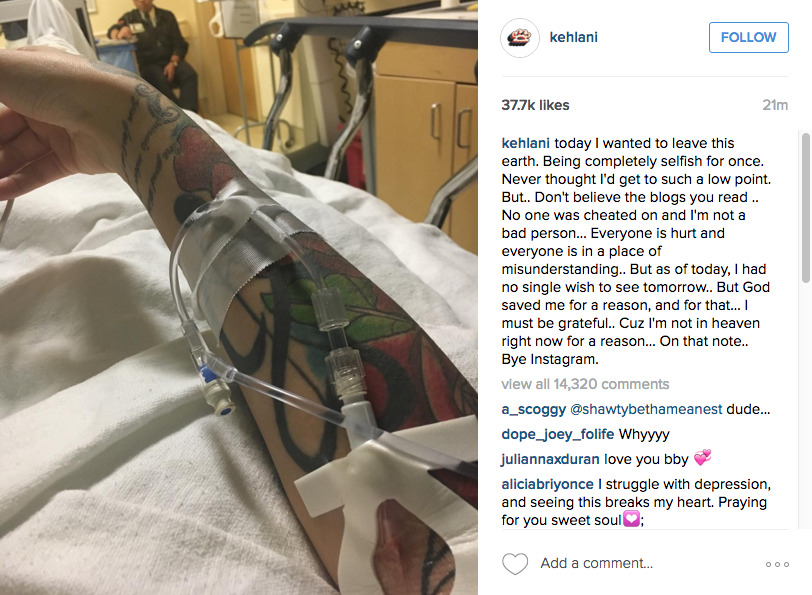 Kehlani shows her hospitalized due to her attempting suicide.

Social media addiction develops from individual self-satisfaction and becomes negative when this satisfaction is threatened or dictated by relevant outlets. Some reasons why users love social media so much:

·      Real Time Information and Entertainment: As more people subscribe to certain social media outlets, the flow of information increases. People feel a sense of being tuned in and develop a fear of missing out.

·      User Notifications: These include likes, linkbacks, comments, etc. All of which make the user feel sought-after or informed.

·      Personal and Impersonal Profiles: People are able to be exactly who they want to be online. In most cases people use pseudo names and/or pictures. In either regard, people are able to thrive in their own illustrated reality.

Reviewing this small number of reasons will show why media dependency can be negative.

The impact of being addicted to social media is far deeper than the obvious; for example it is a major distraction and the main cause for exorbitant fees for data overages. Don’t get me wrong, social media has been and will always be a tool for progression if used appropriately, however I believe we must do more in effectively separating it from our real world affairs.

What are your suggestions for  media addicts who may use these platforms as outlets to supplement their reality?