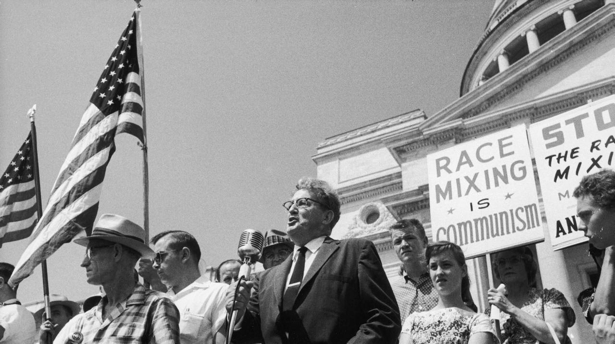 Mississippi School District is being Forced to Integrate Schools in 2016!

Who knew the separate but equal is the song of Mississippi?

Did you know that there are schools in America that are still segregated? No seriously, there are several schools in Cleveland, Mississippi where students are actively separated by race. Along with the school system, the entire town suffers from the Jim Crowism. There is even a major railroad that runs through the town that that consider to be the line of separation. On the east side of the track, the schools and residents are practically all black; on the west, all white.

Just this week, the federal justice system issued a court order to the Cleveland school district instructing them to integrate their schools. They believe that having the schools remain segregated robs each student of a culturally integrated and well rounded American education. The court order lists schools that will be undergo a merge. Certain dominantly black schools will merge with dominantly white schools to achieve measurable diversification. This system must employ a mechanism that will reduce the amount discrimination that will result from culture shocks and environmental changes. Along with the merge, they will need to revamp their school policy systems and prepare teachers for a new lifestyle.

How do the students feel? Do they want to be integrated? Well most likely they don’t. The truth is that the delay of integration has created a fundamental sense of difference. I believe most of the students will find it hard and undesirable to deal with the new changes. For this to be a success, the whole town has to push forward in a new direction to help nourish the newly integrated community.

How do feel about the term segregated? Being that these schools are nearly 100% black or white, do we not see similarities in our beloved HBCUs and PWIs?

Let us hear your thoughts on this! I have attached a short film describing the integration of Ole Miss, an university in Mississippi that was initially all white. Do you think something like this may occur with the pending integration?