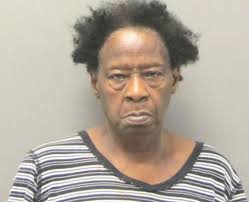 Granny Goes to Jail: Corporal Punishment a thing of the Past?

A 70-year-old grandmother decided to whip her 12-year-old daughter with a switch from a tree in her front yard and punished for it. The granddaughter threaten to call the police on her but that didn’t make the grandmother back down. Sure enough, the granddaughter called and four policeman came to the house and arrested the grandmother. She was then taken to jail where police questioned her discipline tactics and the reasons behind argument.

The media has responded and its a general consensus that this teaches children that they don’t have to be discipline and can have a strong disregard for their elders.

Kim Lancaster :”Switches, belts, flip flops, wooden spoons. And I’m thankful for those whoopins 20 years later!! Made me who I am, which is a person who knows how to be kind and respect others.”

Caeser Brown :”My grandmother would be doing life in prison if that was the case.”

Ashlea Prather : “Bless this lady’s heart. She’s trying to do the right thing and HELP raise her granddaughter correctly and ends up in jail. I would let her mother keep her from now on. Especially after being disrespected and going to jail.”

When I was young, I was told go and pick my own switch!! Is corporal punishment a thing of the past?

Allegedly the feud starting over the granddaughter resisting cleaning up and talking back to the grandmother. When the grandmother was asked would she do it again she replied “No because I don’t think I want to goto jail again, but she’s got to learn to have some kind of respect for authority.”

The grandmother was facing 2nd-degree battery. Fortunately charges were dropped.

What are your thoughts? Well, I say at times like this disciplining our kids of upmost importance.