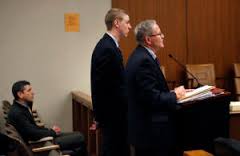 Remember when we reported on the the crazy rape laws in Oklahoma?! Well it gets even crazier with the recent Brock Turner Stanford case.
Brock Turner, an Ohio native 20-year-old Stanford student athlete was found forcefully penetrating an intoxicated unconscious female outside of a fraternity party. He was convicted on sexual assault charges and sentenced to 6 months in jail. Witnesses were shocked at the sentence which is much less than an ordinary minimum sentence of 2 years and the maximum of 14 years for such crimes. The judge’s response to the backlash was “there is less moral culpability attached to the defendant who is…intoxicated.”

Turner’s parents and the judge both asserted that they believed that Turner shouldn’t be criminalized too much for what they call “20 minutes of action.” The victim describes a strong feeling of confusion and contempt. She was shocked that the judge would make such and exception for Turner. The judge also admitted that Turner’s age and sobriety level at the time influenced him to be more lenient.

I think its safe to say that the injustice in the America is getting out of hand. This judge is sending out a message that it’s ok to do this to his daughter, or it’s ok for his son to go out and do this. Its no secret that now young women will feel more subjected to danger and scrutiny.

Why are people in positions of power making poor decisions that lead to or are conducive to more risky behavior. 6 months for raping someone conscious or unconscious is unacceptable and this sentence should be overturned.

For more information on this case and ways to find out how to get involved, visit http://www.theguardian.com/us-news/2016/jun/06/stanford-sexual-assault-judge-recall.