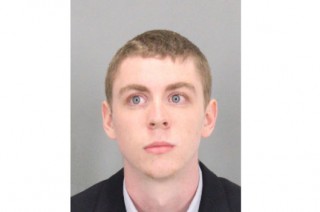 Brock Turner Will Receive Special Protection While in Jail ! Say What?!

As if the sentencing for Brock Turner, the young man who was convicted for raping an unconscious girl outside of a frat party, wasn’t disappointing enough, his impending prison conditions are even more surprising. For the six months turner will spend in prison, he will be placed under protective custody. He will spend his stay in the Santa Clara County Jail solitaire and will be separated from the general population. Whenever Turner needs to move around while in custody, he will be escorted by prison guards.

According to police and prison officials, and as most of us may already know, those convicted on charges like rape, sexual assault, and sexual battery are targeted in prison. They almost always, become victims of rape or they are physically harmed in other ways.

Turner could be released from jail earlier than his six-month sentence if granted release due to good behavior.

Now we are not saying the boy deserves to be raped or beaten. However, apparently the safety of this convicted criminal is of higher importance than the common criminal. First he gets cut a break because of whatever unclear reason, and now he gets protection on the inside to avoid a beat down? What is going on in the world. Have they provided any closure to the 23-year old female victim?

If this kid is let out early on good behavior, why wouldn’t he do it again?

Please let us know your thoughts on this.