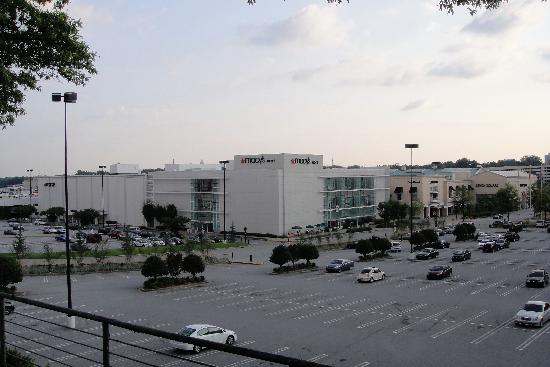 Mother Shot in the Parking Lot Of Lenox Square Mall in Front of Her CHILD by 2 Men: Suspects on the Run.

Police are currently investigating Lenox Square Mall parking lot after a 23-year mother was shot while in the car with a man and her child. The police believe this was a pre-meditated armed robbery as they have reason to believe the attacker followed the family over the course of their shopping.

According to 11alivenews, the woman was shot while turning around to the gunman who had entered the car and found out the couple didn’t have much to offer.

A mother shot in the parking lot Of Lenox Square Mall when didn’t have that much merchandise is a wake-up call. Unfortunately the couple are tourists from South Carolina who didn’t acquire much when shopping. Be careful when shopping at tourists locations and even familiar places. Watch your surroundings. This shows that people will really plot on your destruction. The fact that this mother was shot in front of her toddler is unacceptable. Luckily the young woman made is to the hospital in time and is now recovering from surgery.

The suspects have not been caught and the investigation is on-going.

If you have any information on this robbery, we urge to contact the Atlanta Police Department.

For more updates on this story visit http://www.ajc.com/news/news/crime-law/police-review-surveillance-video-after-mother-shot/nrqJw/ .