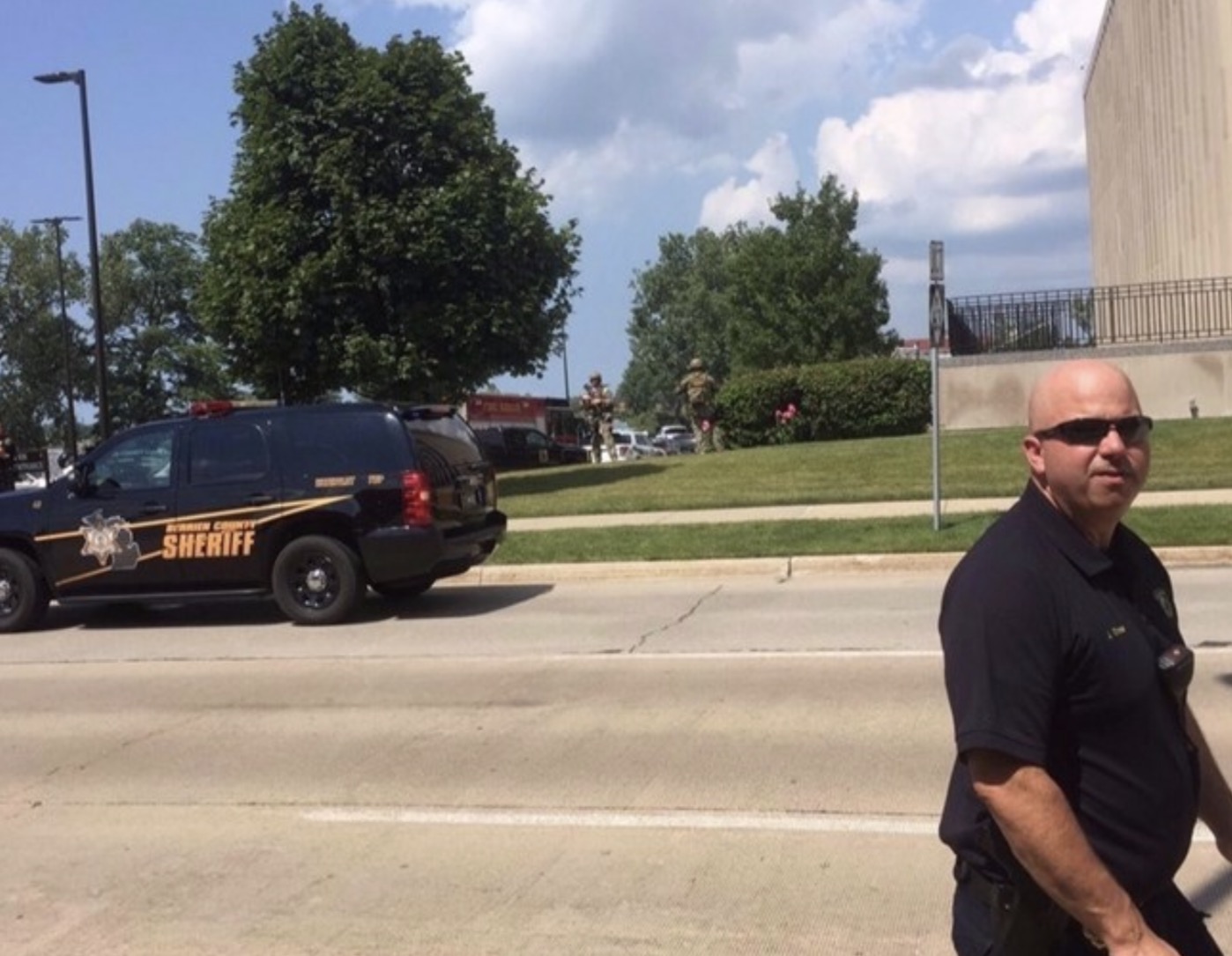 Around 2:25 pm this afternoon, gunfire broke out on the third floor of a St. Joseph’s county courthouse in the state of Michigan. An inmate shot and killed two baliffs. The shooter also shot and injured a deputy sheriff and a bystander before police could stop him. The deputy and the bystander  are in stable condition and are being treated at a nearby hospital. The courthouse was immediately evacuated.

The inmate reportedly took a gun off a police officer while being transferred from a holding cell. He then began firing the gun at those around him.

Senator John Proos made a statement on the incident saying ““I am deeply saddened to learn of the shooting today in my hometown of St. Joseph. My thoughts and prayers as well as those of my family are with the victims and all those affected by this tragedy.”

The baliffs were highly regarded retired police officers. As of now the identities of the inmate and baliffs have not been released.

What is really going on in the world? Impulsive anger is at an all-time high. This situation could have ended horribly.

Our prayers go out to the families affected by this unfortunate event.