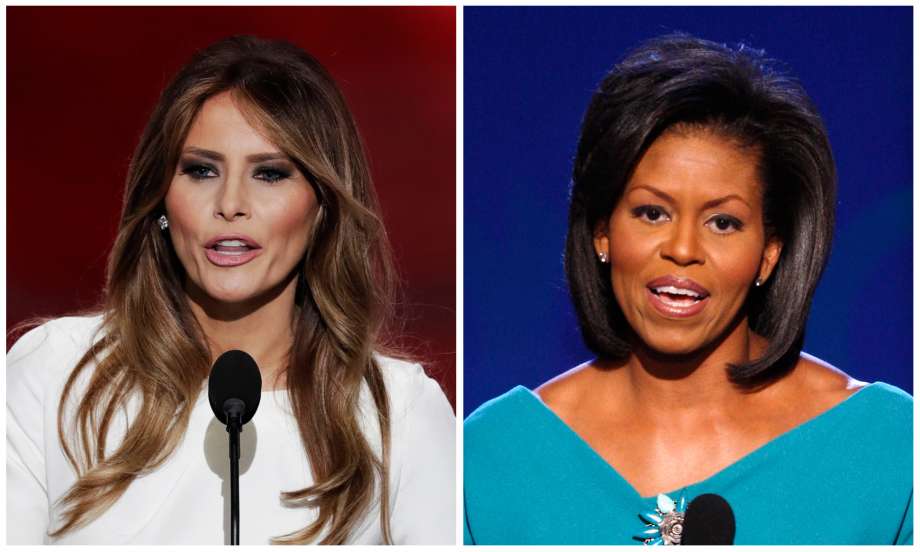 It was only a matter of time before the truth of Melania’s speech surfaced.  Trump’s campaign camp are stating this enormous mishap was an “honest mistake”.  I don’t know about you but this was a cardinal rule that was taught to each one of us in grammar school and rather enforced during post secondary education.  With  all of the technology in today’s society one would think that a speech as important as Melania’s would have been edited a thousand times and ran through a plagiarizing database especially if she didn’t write the entire speech herself.  Trump emphasizes the fact of how great of a business man he is and how thorough he is, well this a little error must have slipped by him.  According to CNN one of Melania’s speech writers took some of Melania’s influences (Michelle Obama) and incorporate her ideas in the speech to express how Melania felt.  I am sure Michelle Obama was flattered but I am also most certain she would have appreciated credit for her original words.  This is definitely an embarrassing moment for the Trump campaign.  But I hope this was a lesson learned. 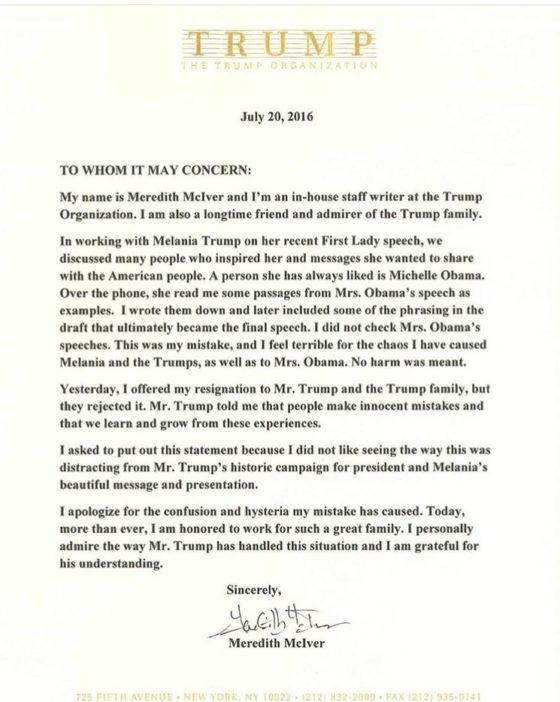 Click on the link Below to view the video: