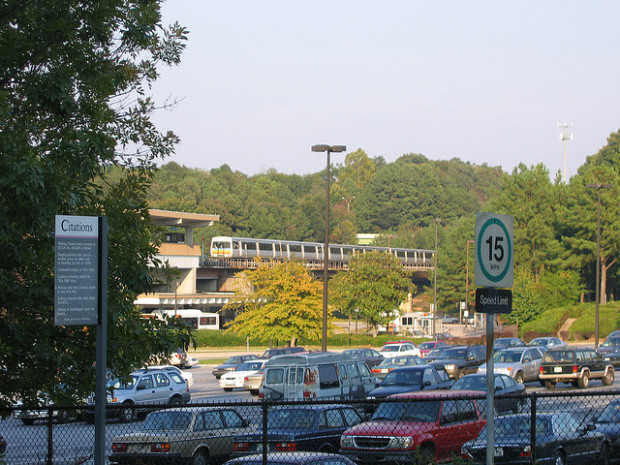 Yesterday the Atlanta Police Department reported the discovery of a dead body at the Hamilton E. Holmes MARTA train station. The train station is located in West Atlanta at the end of the westbound line. The body was found yesterday and as of now the police still have no substantial leads.

Police believe that the murder victim was killed before he was transfered to and left in the station paring lot. The body was found left in a car’s trunk on the north end of the parking lot. Other than the idea that the victim was killed away from the crime scene, Police have no leading evidence on what happened to 33-year-old Christopher Dean.

The body has been identifed this morning as Christopher Dean from Lithuania Springs.

If you hear or know anything relevant to this case, or if you simply are aware or suspicious of any foul play in general, we urge you to call 911. You can also submit an anonymous tip to the Crime Stoppers Atlanta tip line at 404-577-TIPS (8477). You may be eligible for an award of up to $2,000.