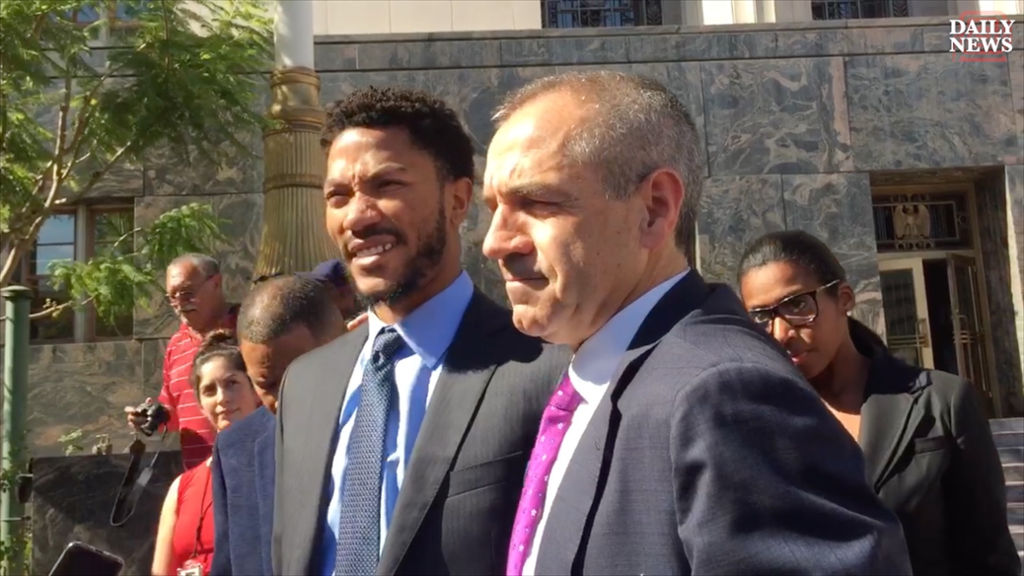 We have been following the Derrick Rose rape case closely since we first reported that the trial began on October 4th. Well yesterday the NY Knicks star was found not liable for sexual battery in all courts as accused by the plantiff. Not liable essentially means not-guilty. The judge along with the jury say they believe Rose’s story more than the plantiff who has maintained her desire to remain anonymous.

So what made Rose’s story more beliveable?

It all started when substantial evidence was reviewed indicating that the accuser solicited the sex before the incident. She notified Rose that she would need transportation fare to and from the place of the scene. Then, more texts arose leading to the judge hinting at a mistrial. That set of text messages were from the woman to Rose after the incident occurred and showed no expression of devastation or foul play. It was all confirmed when the accuser admitted on the stand that she had indeed painted some picture of her and Rose’s relationship that weren’t spot on.

So as a result, Rose has avoided having to pay the accuser $21 Million. Though Rose and his two friends did have sex with the accuser, the jury has reasonable belief that she consent and was sober enough to request cab fare afterwards.

So many argued that the woman was lying. Other said Rose should just pay to save himself the embarrassmen. Good thing he waited patiently, and thankfully his lawyers remained faithful and steadfast. Congrats Rose, the truth has set you free!

Sometimes, stories aren’t what they seem. It’s crazy because this woman is Derrick Rose’s ex-girlfriend! She just decided, that she was going to try and take $21M from her ex-boyfriend after twisting a story.