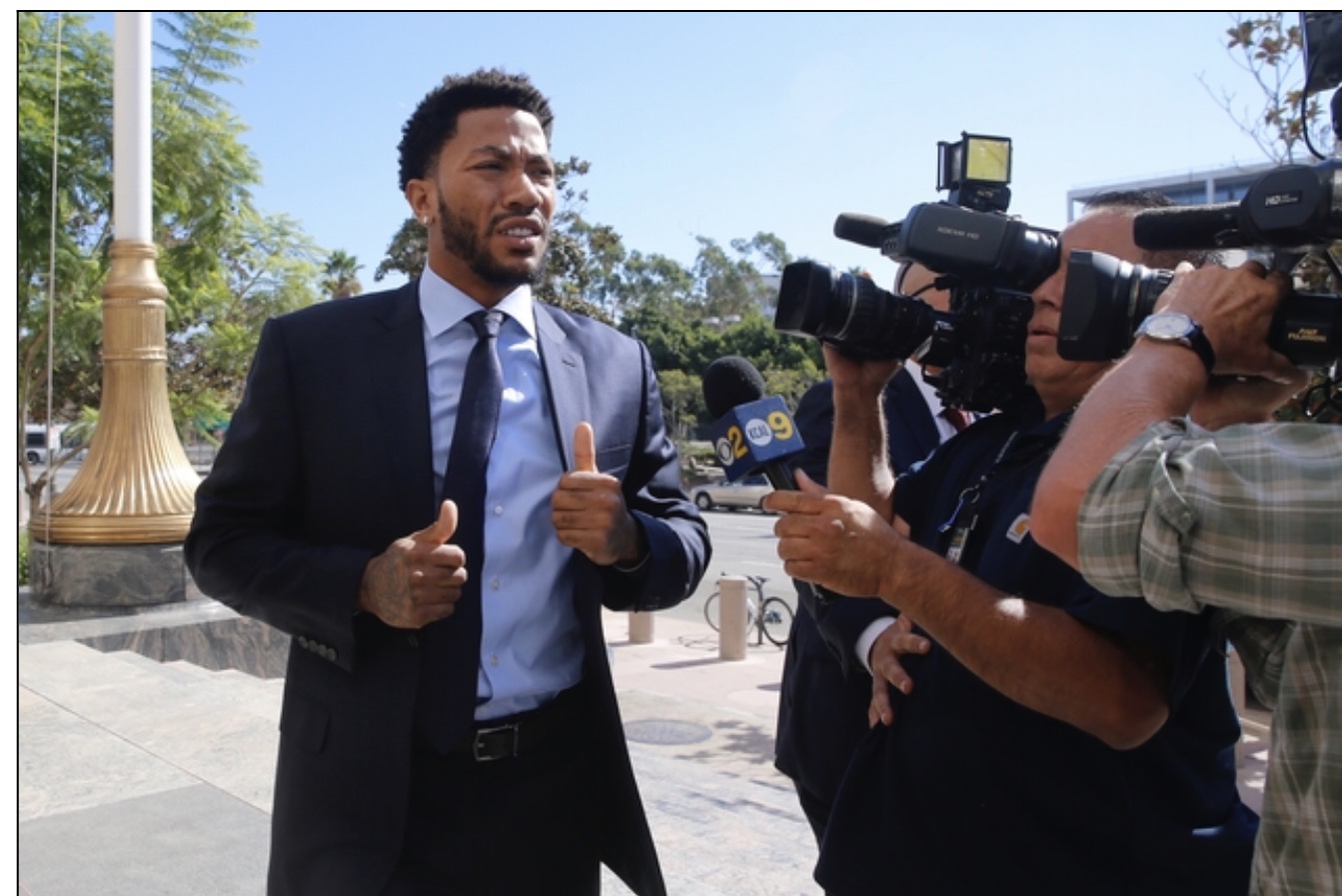 Well things may be looking up for Derrick Rose but I won’t jinx it.

As the testimony was given today by the plantiff and defendant, it has beeen reported that some text messages were recently made aware to the Judge. He then told the Plantiff he is considering a mistrial. The plantiff’s lawyer suggested that the text had been shown to the defense. The judge is awaiting proof that such evidence had been exchanged and reviewed.

If the Judge grants the mistrial, a new trial will commence causing Rose to miss NBA games.

Back in 2013 Rose, the NY Knicks superstar, was acussed by his ex-girfriend of gang rape. She alledged that he and two friends drugged her, then broke into her to sexually assault her. The plaintiff filed a civil lawsuit against Rose and is requesting $21.5 M. The trial began October 4th, 2016. The case has gained nation-wide attention. Some say she consented, others say she was unconscious either way.

My Goodness, What could have been in those texts?

Whatever was in those texts, the Judge thinks the defense should have had the opportunity to question the accuser about it.

I think the situation is sticky but right and wrong is absolutely obvious in the face of injustice. The Judge was alledgedy, “very angry.” His willingness to hear out Rose’s motion for mistrial on account of solid communication between him and the accuser says a lot !

I also believe that if a women was raped by three men, especially one she was in a relationship with, $21.5 M would never be enough.