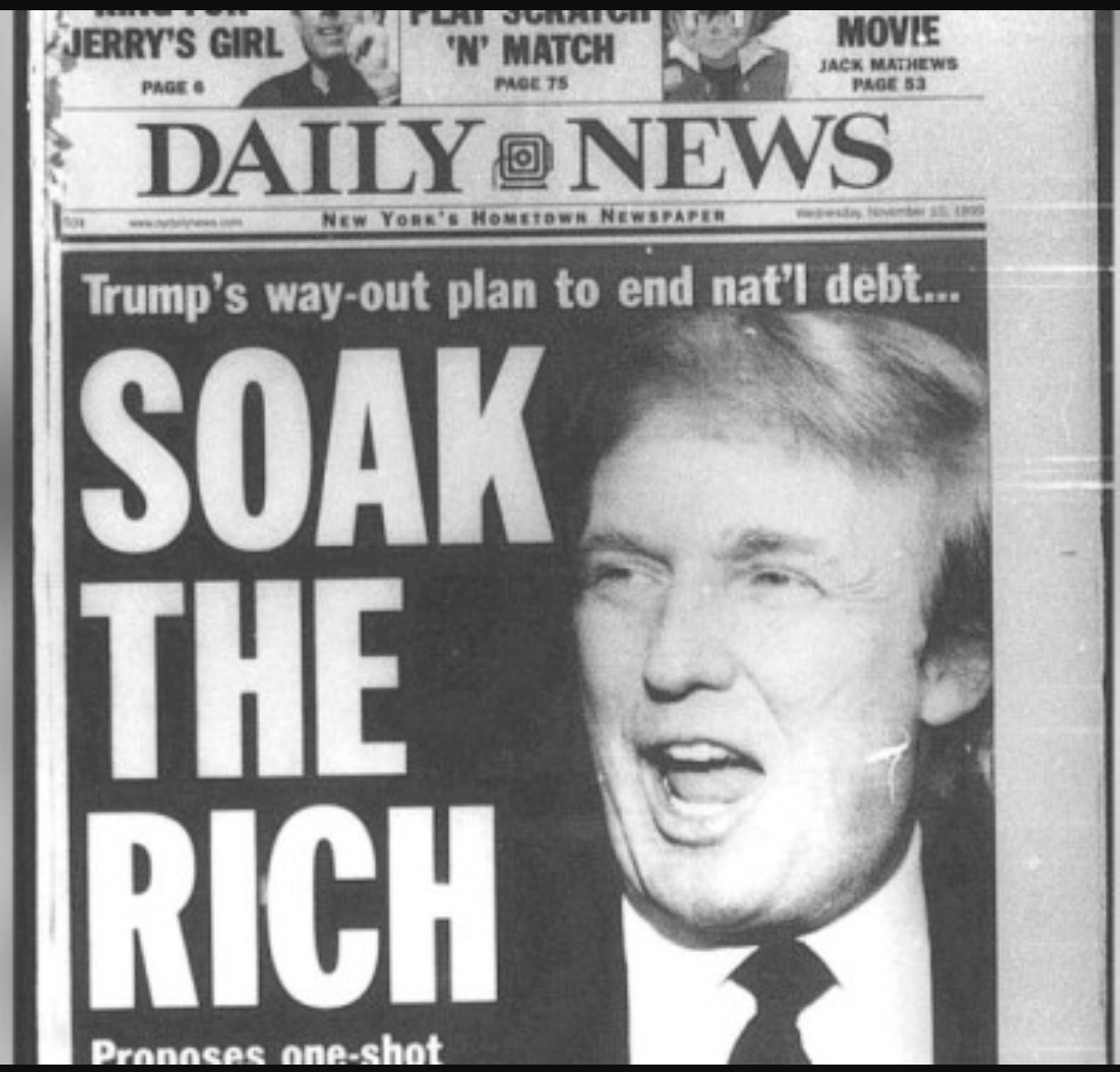 Now we’re not saying that a white man has never went to jail for tax evasion. But, what does Wesley Snipes, Lauryn Hill, and Richard Pryor all have under their belt that Donald Trump doesn’t? JAIL TIME FOR TAX EVASION!

In 2006, Wesley Snipes was arrested for tax evasion. Yes he was released, but on a $1 million bond. Like many other people who were found guilty of the federal crime, Snipes was reprimanded and his reputation tarnished forever.

Not only has Trump avoided paying taxes for over 18 years, he described the act on a high-profile televised program, as “smart.” I know we are all shocked and confused as to how Trump got this far in the presidential campaign as is, but his proud display of discernment towards paying federal taxes takes the cake.

If you didn’t know, Trump has been under heavy investigation concerning his taxable income and relevant returns since before the presidential race even started. Recent findings show that Trump declared a $916 million loss on his 1995 tax return. The extremely large number presents many questions and worry for the future of America’s finances under the rule of Trump. Where in the world did that much money go? How does one declare that large of a lost and still remain one of the richest men in America? According to MotherJones, the average lost amongst millionaires in 1995 was $614,000! A whopping difference from Trump’s $916M. We’re talking money that can feed an entire developing country. Such a declaration possibly kept Trump from having to pay taxes for as little as 18 years. The findings could possibly be working in Hillary’s favor as she has publicly asked, “what kind of idiot loses almost a billion dollars in a year?” Trust be told, this puts a lot in perspective as to what secret operations Trump may carry out under America’s nose. Trump stating that him not paying taxes makes him smart, definitely speaks towards his core principles and how he operates.

Taxes are without a doubt, a pain. However, what does it mean to elect a President who abstains from the government defined process?

Well, ONLY TIME WILL TELL!