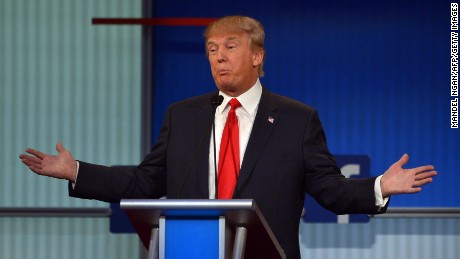 Donald Trump, What Do You Mean You Won’t Accept Election Results?

It looks like Hillary Clinton is scaring Big Bad Donald Trump. The Republican nominee says he will only honor the results of the Novmember Presidential Election if he wins!

So now we’re trying to figure out what he means by “honor it.”

Well technically he means that he sincerely believes that if Clinton wins the Presidency, that that must mean the polls and voting were rigged. He believes that on account of the repeated slander against him and his behavior the election results will not be credible. Since Trump is stating publicly that he will not honor the polls results makes it easy for us to assume he will challenge those results if he doesn’t win. Yes, candidates can challenge election results state-by-state. This means if Trump decides to challenge the results, he will send the the voting process into overtime.

The head of Trump’s campaign says, “he will honor the results because he will win.”

Scary thought isn’t it? He actually doesn’t believe that Clinton has a legitimate shot at the Presidency. Furthermore, he belives that he should in fact win despite all the things that have come to light. I’m confused as to what Presidentil race he’s been watching.