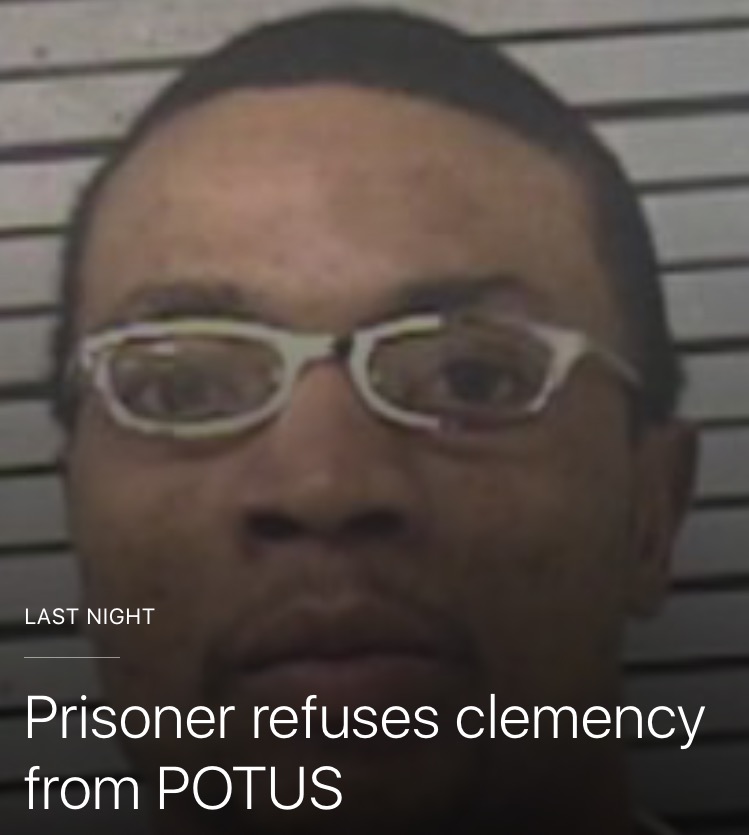 That moment when you appeal your case and  and you’re granted Clemency as a result. Then, you read the fine print and change you our mind! This is a strange, but thought-provoking story nevertheless.

Arnold Ray Jones is a convicted drug-dealer serving 6 more years could have reduced his sentence by 4 years. Serving time for drug-trafficking. Reports say that Jones denied the offer of Clemency because he didn’t like the mandatory drug treatment program. A residential program that he would have to enroll in upon release.  This is just like many other probationary conditions.

Jones provides a different perspective that could possibly be interesting to attempt to further understand. Does an inmate wanting to stay by behind bars to advoid a drug treatment program allow for any reasonable assumptions on his drug access in prison?

Even more, the idea that an inmate will refuse Clemency sheds light on how some of the fine lines in these offers scares male and female inmates from freedom. How many inmates take the time to read all of the agreement? I think that the lives of inmates and their lack of psychological healing go routinely forgotten in our community. It is important because mass incarceration is an issue that affects a huge chunk of the population, if not all.

Some say Jones just isn’t ready for the real-word. Do you think prison becomes easy or a “safe-haven” for some?