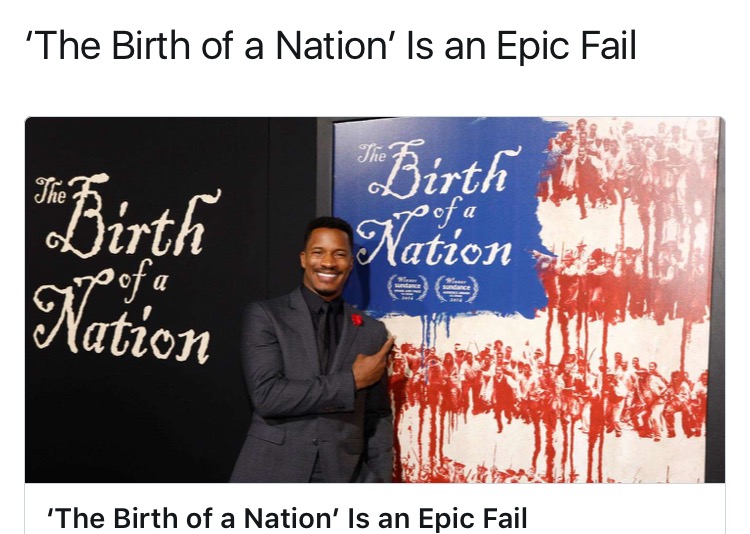 “The Birth of A Nation” has received a great amount of backlash in the last two weeks. It would be fair to assume it may be due to people recently finding out that the director Nate Parker and his co-author stood trial for raping a young woman in 1999, but apparently it’s not just because of the director’s past, the movie allegedly is full of made up recollections of the real thing.

After viewing a private, advanced screening, Leslie Alexander from The Nation reports,”Certainly the film contains sprinklings of historical facts but the bulk of Parker’s story about the rebellion is fictitious…The list of inaccuracies, distortions, and fabrications goes on.”

People are also outraged at the movie’s depiction of women; a sensitivity that is also obviously magnified by the accusations of rape. Sources say the movies aims to objectify women and waters down the role they played in the rebellion. This form of sexism accompanied with the repeated footage of women being raped and beaten has outraged Black feminists that had been waiting for the release of the film. It’s a tough situation given that in reality women were repeatedly mistreated immeasurably during those times.

It’s unfortunate that the film is receiving such harsh backlash before the movie is even released. With it being a moderate interpretation of a rebellion against slavery, we would expect the majority of Black viewers to cherish it. It’s been a minute since movie directors have portrayed the plantation scene in this way. Many Black men say they will still support this film.