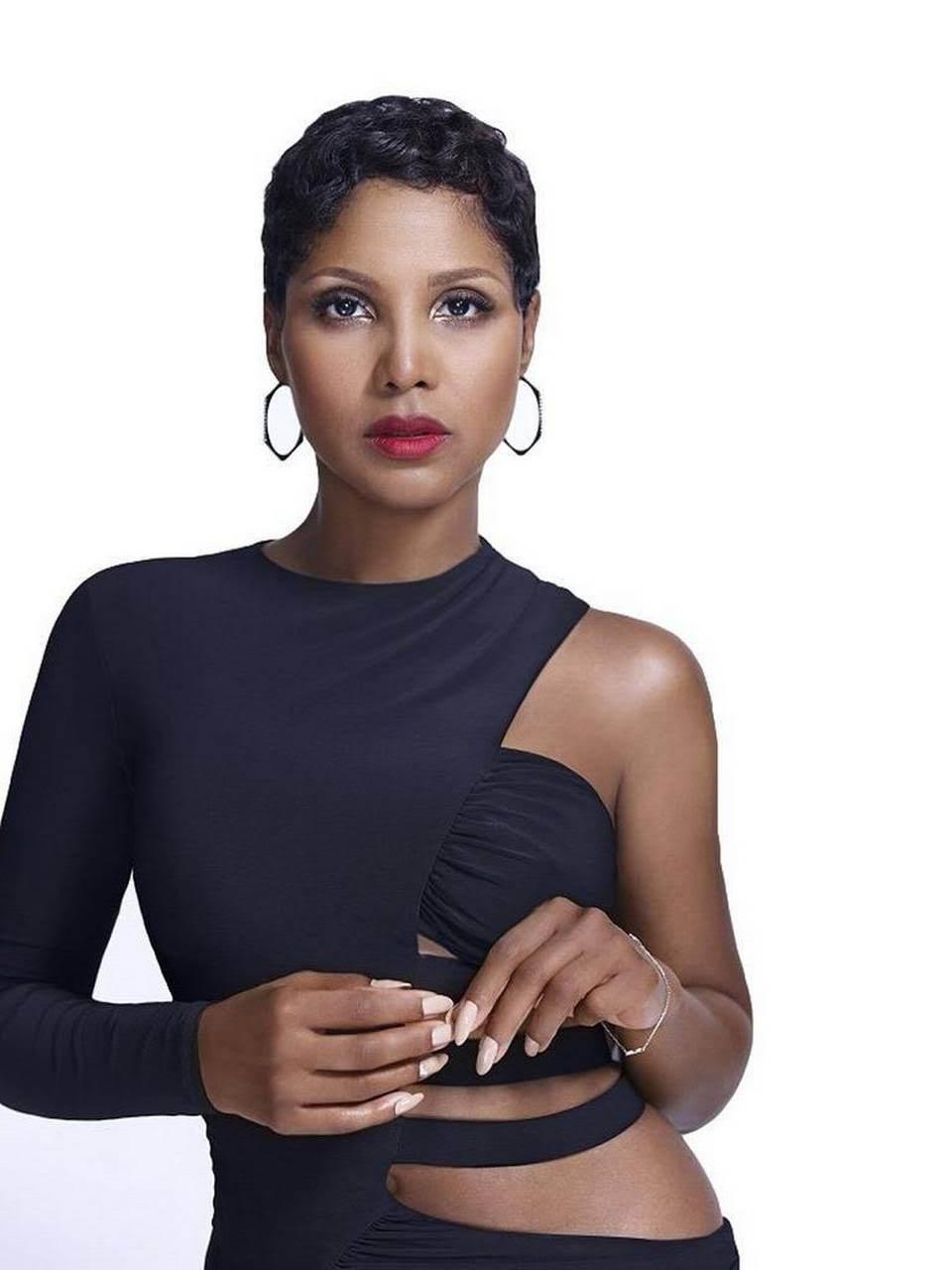 Our beloved, Toni Braxton has been battling Lupus for a while now and it seems she just can’t break the chronic symptoms. Last night the 49-year-old  R&B artist had to cancel another show and was admitted into a hospital in Cleveland, OH. Sadly, this is Braxton’s second time within months on the same tour that she has had to interrupt her schedule due to her condition. Social media went into a frenzy shortly before her scheduled performance the artist tweeted: 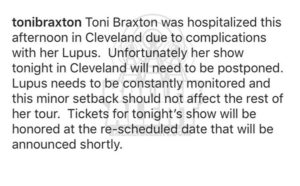 So What is Lupus?

Lupus is an autoimmune disease that can damage or inflame any part of the body.  The damage range of vulnerability starts from the skin all the way to vital organs. According to Lupus.org, roughly 1.5 million Americans have lupus.and women of color are more likely to have it. Lupus is considered a chronic disease because it’s symptoms can last from weeks to years. Though Lupus can be life-threatening, those who have it can live full and long lives.

Toni Braxton first announced her condition in 2010. Here we are 6 years later, and she is still fighting! We have seen promise in her strength and we hope she gets well soon.

Purchased tickets will be honored at later scheduled dates.