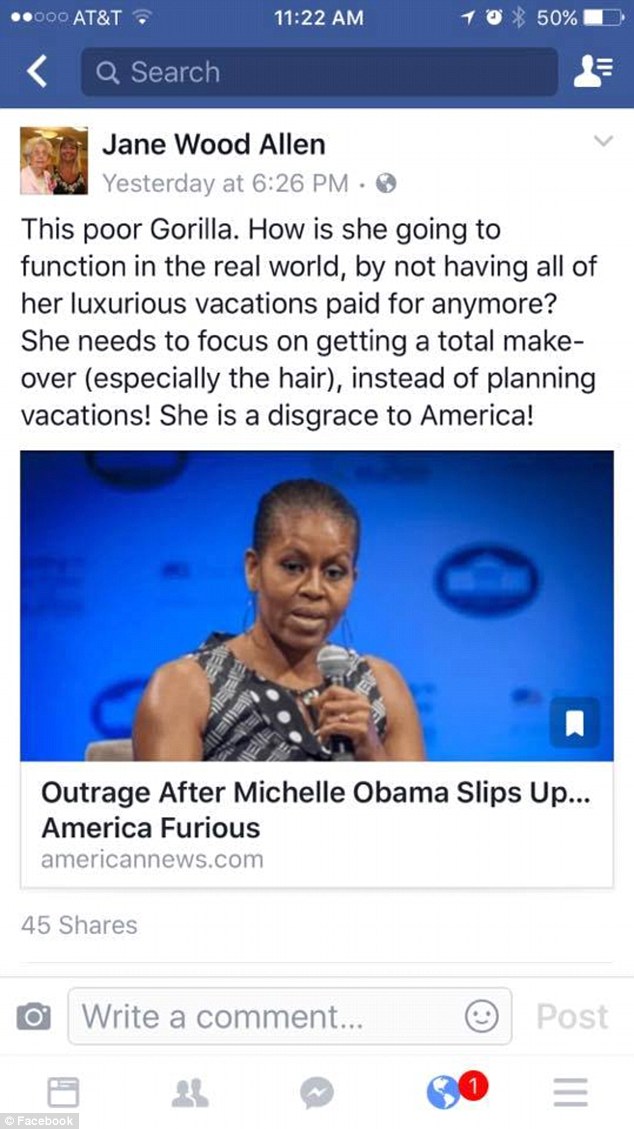 A Teacher is Fired After Calling Michelle Obama a Gorrilla Several Times!

Hey, life comes at you fast!

Karma is in the air and Jane Wood Allen was the first to be served. The 27-year-old co-teacher at Chestatee Elementary School in Gainesville, Georgia, was fired from her job after making multiple absurd comments about First Lady Michelle Obama online.

Jane audaciously decided to refer to the FLOTUS as “this poor gorilla,” on her Facebook profile.

Jane posted, “This poor Gorilla. How is she going to function in the real world, by not having all of her luxurious vacations paid for anymore?”

Oh The Blaspehmy and disrespect! Check out some more posts: 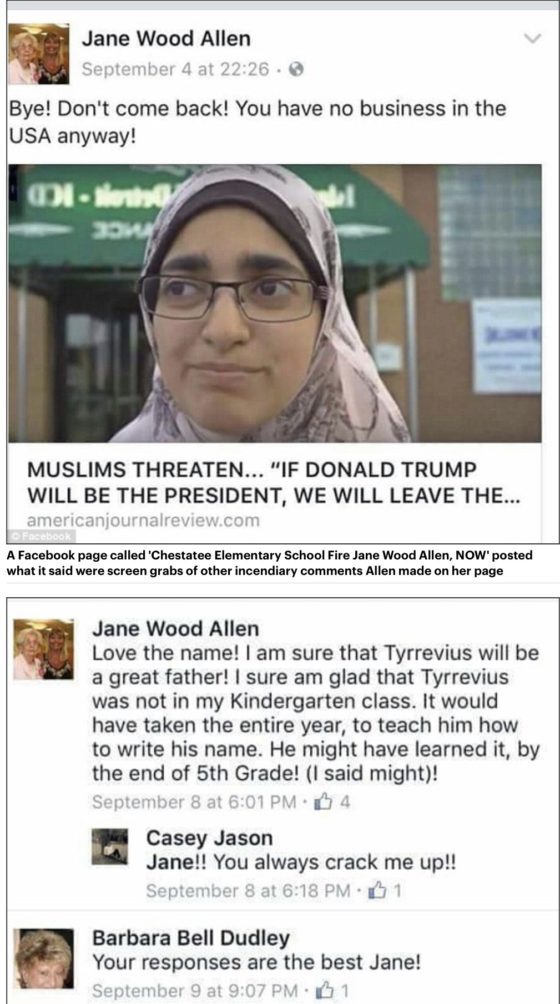 An educator who has worked in the school system since 1989 who doesn’t understand the importance of being indiscriminate online, only makes us wonder how she behaves in her everyday interactions with Black kids.

When a teacher is fired for racism, parents need to schedule parent-teacher meetings!

Hopefully Jane is feeling the consequences of her careless comments.