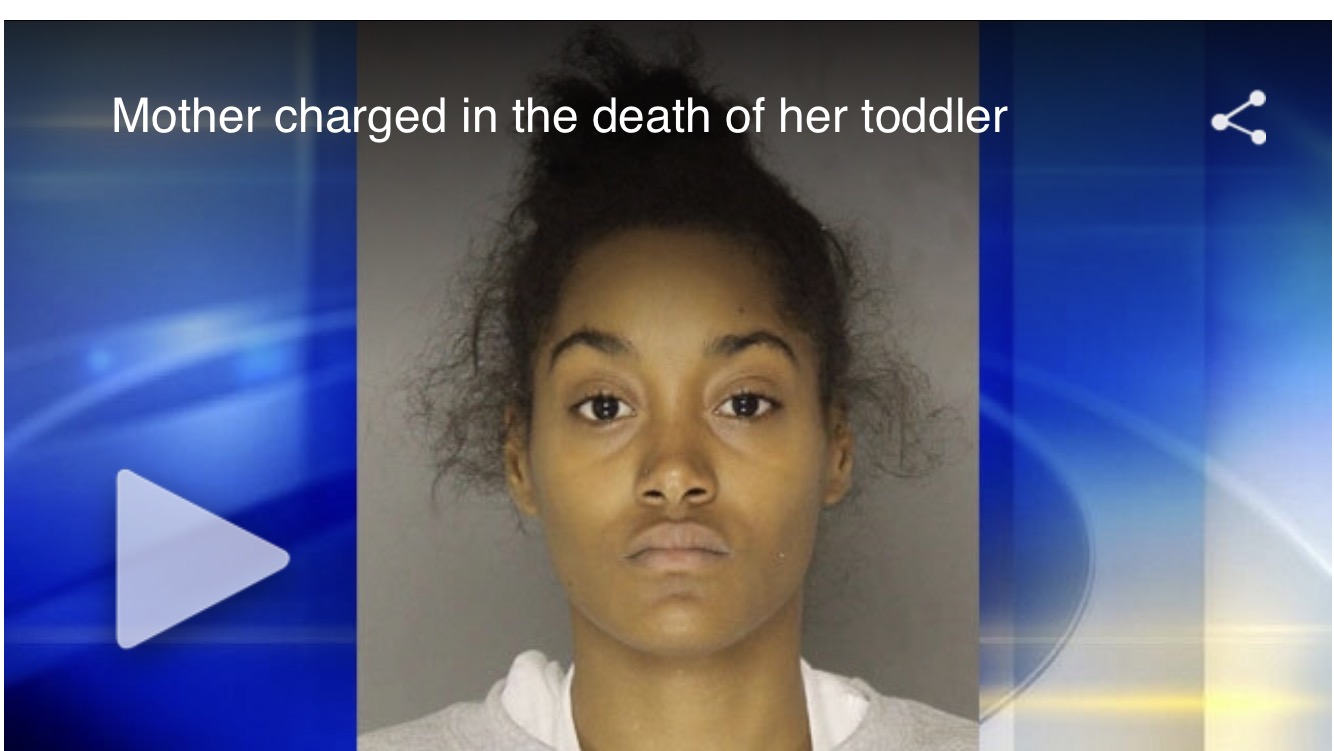 A mother has been charged for the death of her son. Christian Clark, a 21-Year-Old mother, is charged with first-degree murder and criminal homicide. Clark alledgedly was in a heated argument with the child’s father. It is reported that the mother sent photos and a video of the dead child to the taunt the father in hopes that she would make her point.  In the same texts, she admitted to suffocating the baby to death.

The mother is also being charged with attempted murder as she attempted to kill her 2-year-old daughter; a child she has by a different male. The daughter is ok.

According to the Allegheny County police, the 17-month old baby and Clark were found in the home last night. The baby was taken to a near by hospital where he was pronounced dead at 11: 40pm. Reports say Clark told the investigators she found the toddler lying unresponsive on an air mattress in the living room of the home. She said the argument with the child’s father was because he cheated on her. Her lie was uncovered when dectectives went through her phone during questioning and saw the texts exchanged with the father. The texts included hainus threats against the children which proceeded videos and photos of the lifeless boy. Alledgedly, Clark sent photos of the entire process. She eventually admitted to suffocating her son but she stated that she did not realize the act would end in the death of her son.
The final texts alledgedly read, “I’m literally going to jail you have a funeral to plan…I really snapped this time.”

For once I think words to try and explain this incident have escaped me. I am not sure what can drive a mother to consciously hurt an innocent infant because the father was unfaithful.

All I can say is, be careful who you lay down with. Watch the actions you take. No one deserves to lose their child.