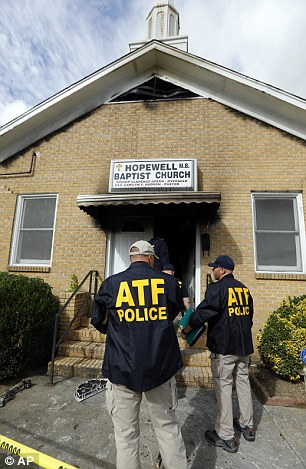 Will someone get someone over to Mississippi because they can’t stop won’t stop!

The historically Black, Hopewell Missionary Baptist Church in Greenville, Mississipi survived being set on fire and vandalized. The arsonists also decided to spray paint “VOTE TRUMP,” on outside wall. The facility and surrounding areas are under investigation as the FBI expects that more unseen damage was done.

The main sanctuary was extremely damaged. Such damage can be seen in the photo below. 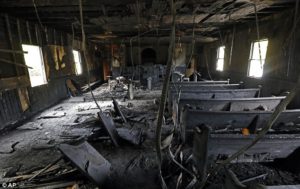 When the smoke cleared, the message below showed on the side of the building. 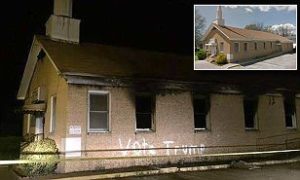 We recently reported on a teenage hate crime involving four white teens pulling a Black boy by the neck with a noose. Mississppi has been known for unapologetic white supremacy and It seems that that is just the way it’s going to go. We know racism is prominent the world over, but the incredible amount of racial incidents in such a concentrated area should wake us up. Blacks in Mississippi should not have to endure harsh treatment just because “it comes with the territory.” We cannot forget the unhealed areas with obnoxiuous, passiveness. This is an everlasting problem for this church and its community. As a nation, we have much work to do.

I do not fear Trump yet I am beginning to fear those that support him. They do things like this, leave a mark, and walk away proudly.

God Help Us all.