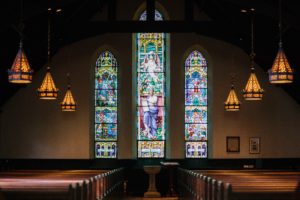 Isn’t it interesting that there are always a few people working in every ministry that are very difficult to work with at any cost. Usually, they are close to leadership and are skilled at keeping others from really working effective in ministry without a fight. There might be something wrong. A mental illness, to include a personality disorder. You are not an expert, so you wouldn’t know, but I would.

For a long time, people have just sat and worked in ministries  suffering from active mental illnesses. I have received numerous inbox messages asking the dreaded question,”Can you be saved and suffer from mental illness?” The answer is emphatically yes. There are people that have anxiety, depression ,and a few may even have a psychotic disorder, that attend church regularly and live a somewhat normal lives.

The difference is-most in the above group get medical treatment. It is now very important that pastors, and other church leaders, as well,  help attack the stigma that illnesses such as depression and Schizophrenia are  taboo.

To do this, some level of basic training on mental health nomenclature may be needed. This is important. I believe that all churches need a least one licensed and trained  pastoral counselor per 100/members. Yes, I said it and they can budget this staff annually based on membership growth projections.

In a study on Suicide and the Church by LifeWay Research (09/2017) it stated, “Only 41% of pastors have received formal training in suicide prevention.”

This is very serious. The other startling statistic is the exponential increase in the number of pastors completing suicide while leading a ministry.

In reference to pastors an interesting article written several years ago in Charisma (12/11/13) “According to the Schaeffer Institute, 70 percent of pastors constantly fight depression, and 71% are burned out. Meanwhile, 72 percent of pastors say they only study the Bible when they are preparing sermons and 70 percent say that they don’t have a close friend.”

In essence, I won’t belabor the point but depression has come to the church. Pastors you’ve got to do something about it. What is worse, many of the people with mental illness are working in and around our churches and causing chaos and havoc.