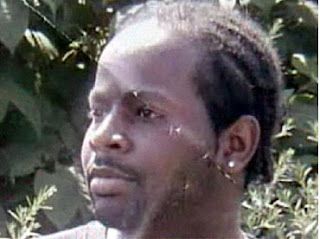 Omar Thornton was a 34 year old African-American male who worked at a Budweiser Beer Plant. He worked his way up from the warehouse to a driver. Many of the whites felt that he rose to the top too quickly.  This guy WAS a victim of serious racism that resulted in a blood-bath of  murder and suicide.   He called his mother after the shootings and said, “ I killed the five guys that were harrassing me and now I am going to kill myself.” The headlines read, ” 9 dead, possible racial motive“.

The media wants to know if  Omar was an angry and frustrated  Black Man? I can answer this question, definitely yes.  I am also frustrated and sick of the racism, but as a board-certified  physician I can take my credentials and go elsewhere.  As a matter-of-fact, I just quit a job last month with a racist supervisor. I will share my story in a few days.

This is the story:

Mr. Thornton attended a disciplinary meeting for allegations of stealing. The media states that they had a video tape of him stealing product. This fact has not been confirmed as of yet by this writer.  The meeting was to “discuss” some behaviors that were suspect. Mr. Thornton, by all the reports( his white girlfriend, uncle, union representatives and friends) was a calm and respectful person that did not bother anybody.  I personally believe that the so-called stealing allegations are  just a distraction. The company was probably preparing to get rid of this “nigger”  and unknowingly this guy was carrying a gun and had taken all that he could at this job. (Omar had a tape of a recorded conversation where “we need to get rid of this nigger” was stated in a bathroom at his workplace) Believe it or not, the same thing happened to me several years ago when I was in medical school. I was in the stall and my so-called residents did not know that I was also in the restroom. The more things change, the more they stay the same.

Omar signed the resignation, went to the water fountain, got his gun and began shooting.   I Do Not endorse this violent  behavior, but I certainly understand his plight. Attention, attention, long-term anger and frustration will infatically  lead  to primitive rage.  As a black Psychiatrists, I am inundated daily with FMLA and disability papers as a result of workplace racism and harrassment. I usually see about 5-10 requests per week. This is from both new and existing patients.   I support employees who have valid complaints with or without  evidence. Now of course, the white union representative, in this case,  is certainly going to workplace allegations and  have amnesia and or deny the fact that this guy had complained in the past.   Also, black men, be sure that you are prepared to deal with what most probably will follow, if you choose to  date outside of your race. Brothers nothing has changed in America. Enough said.

It appears that management was negligent and did not prepare for the possible outcome of the Thornton dismissal. They really underestimated the fury and anger of this man that had been dealing with the racism in Manchester, Conneticut. I would advise any company to take reports of “workplace  harrassment” seriously. I am available to help companies with this issue if needed. Feel free to call 404-575-4785.

In the meeting he was told to either resign or he would be fired.  He was one of only two Blacks at this company. Thornton was supposedly accused of stealing at the meeting. “He’s shooting , he’s shooting call 911,” is what the receptionist said. Omar called several people, after his shooting spree, and shared his story. Omar’s girfriend is White.    Yes, this is an important factor here in America.  His girlfriend’s mother  reports that there had been hangman’s noose on the bathroom wall, a stick figure with a noose around the neck also on the bathroom wall at this company.  Omar actually had voice recordings of his supervisors saying, “We need to get Rid of this Nigger.” (This conversation, by his supervisors, took place in the bathroom. No one checked the stalls before the discussion. Evidently, they had never seen the movie “Lean on Me”)  When Omar took this to his superiors, they told him that they would check into this comment. It was stated, by the girlfriend,  that Omar was going to seek out legal counsel, however he took an alternative route. Another murder-suicide but was this one justified?

Omar had proof of his maltreatment. I too have proof on mine. Racism in America, is really getting worse in my opinion. If you would recall, Mel Gibson’s racist rant is still in the news. Would you believe that this is my most visited blogpost, since the inception of my blog. It is still number one today.

This is certainly a tragic story. However, were the men that were killed the “actual” perpetuators of the racist remarks? Do you think the the tragedy in Manchester is really a sign of things to come? Are African-American men getting tired of the maltreatment in America? Does America have to address what is going on in society with the unfair treatment, unemployment and low wages in the workplace. I do not support workplace violence, but if the racism is not dealt with properly soon, I am afraid we are going to here more stories like this one. Let ,me hear your thoughts on this serious issue. Is racism and harrassment alive in the workplace?

If you are experiencing problems in the workplace, please check out your current mental status:
Dr. Owens, M.D. Pre-Screen Mental Health Assessment or call 404-575-4785 for an appointment.