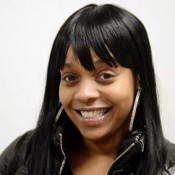 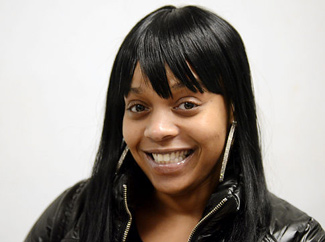 Imagine going almost 23 years of your life thinking, feeling…believing that your family is yours, only to realize that they have NO record of your birth. How would you respond, and what kind of effect would that take on you? For Carlina White, this was an ordeal which took her on a journey more than 1000 miles away to find her true self.

It was August 4, 1987 when Carlina’s parents rushed her to the hospital after she’d been coming down with a fever; Carlina was less than 20 days old. The concerned parents’ worry turned into sheer panic and terror when they learned that their baby girl was kidnapped from the Harlem Hospital’s emergency room. According to authorities back then, the perpetrator was a woman who posed as a nurse in the hospital. Subsequently, Carlina’s parents, Joy White and Carl Tyson, won a lawsuit against the city and launched a nationwide search for their daughter, initially offering a $10,000 reward for her return, and then later invested it into a trust fund for her, just in case she surfaced.

Meanwhile, Carlina was living with another family, first in the Connecticut area and then settled in Atlanta under the “alias” Nejdra Nance. Her first suspicions about her family came when she applied for a driver’s license, but could present no birth certificate or proof of I.D. Furthermore, the difference in resemblance and other factors heightened as she began to research more. As a result, her suspicions triggered her own “missing child” search, where Carlina eventually came across a composite sketch of an eerily similar-looking 19-year old girl who went missing on her same birth year. After calling the National Center for Missing and Exploited Children, White explained that “I don’t know who I am,” and authorities connected the missing child photo with her mother’s. It was a match! Carlina was the baby who was snatched from the hospital more than 20 years ago, and was reunited with her mother and family.

Now I can’t imagine what that sort of revelation would do to your mental status. Believing your whole life that your “parents” were your biological ones, and then later wondering why they don’t have the proper birth information for you. Or, seeing the other members of your family and they all look different from you. The growing doubt in Carlina’s late-teen years must have been more than an emotional roller coaster. The unanswered questions and excuses to who you are and why your birth isn’t documented. A lesser person would have slipped into a deep depression, believing that there wasn’t a way out. I applaud Carlina for connecting the dots; it takes a lot of will and courage to first, gather the mentality that something wasn’t right, and second, open your mind to accepting whatever truth comes at the other side.

Police are pursuing the possible perpetrators, stating that they plan to speak with Carlina to “jog” her memory and recall any events leading up to present day. For now, though, I’m relieved that Joy White can find peace of mind again after reuniting with Carlina.

Reuniting with loved ones doesn’t always result in a smooth transition. Often times, there are signs of Post-Traumatic Stress Disorder (PTSD), anxiety problems, anger issues, depression and other mental afflictions. If you or a loved one are experiencing any symptoms of these conditions, take back your mental health! Take the Dr. Owens Mental Health Prescreen Assessment and start living a healthier, fuller life today!