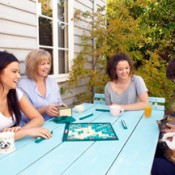 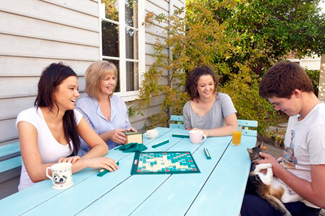 Let’s face it: electronic devices rule the world. If we aren’t face-deep in text messages, updating our Facebook statuses or instant messaging back and forth conversations, we practically feel left behind. This substitute for real conversation, or face-to-face interaction is slowly becoming a staple trait in society. Companies harp on the ideas of making electronic devices more real, more genuine (check your local iPhone dealer for a video-to-video feature). However, nothing satisfies me more than one word, emphasized by Henry David Thoreau: “Simplify, simplify!”

One mother took this advice to the full extent when she practically “unplugged” her children for a total of six months. Susan Maushart, an author and mother of three, decided to take away everything electronic from her children, including iPods, computers, TV, radio, etc. giving her children a crash-course on real-life interaction and appreciation for simplicity. What she discovered was a more increasingly positive effect than a bad one.

Throughout the term of the experiment, she noticed her children’s attention span and focus greatly improved, developing their logical thinking twofold. Her son even sold his game console to pursue his musical interest. Additionally, their emotions and demeanor were more genuine than before. Instead of typing or muttering “LOL” whenever something was funny, she found authentic amusement in their responses and conversations. Says Maushart: “They ‘inhabited’ media. They don’t remember a time before e-mail, Google, or instant messaging.” The idea of being pulled from virtual reality flared her teenage kids’ tempers, but eventually, the transition smoothed, and now, she says, they find themselves regulating their online time and real-time in a seemingly healthy manner, using electronics only when necessary, and not for a comfort toy.

So, is there something we can learn from this “odd” experiment? If all electronics satellites were down tomorrow, how would we cope? COULD we cope, or would the world go insane? We’ve developed a co-dependency on electronics to assist us in everyday living, so much that most of us don’t even know how to use a map! Enjoying the simple things is a mountainous feat because most of today’s youth, outside of video games, Twitter and text messages, have never seen a board game, or know how to curl up with a good book anymore. We are able to be hired for jobs and never see our bosses; or, meet and talk with people through an Internet server.

I’m not longing for old-times when there were gas stoves and steel irons or Model T cars, but this world is growing more complex, faster and even more technical. Teaching your children to “unplug” themselves every once in a while secures their chances for more successful interaction and communication with the outside world. Interviews are still face-to-face; in order to succeed in the professional world, you have to learn how to effectively communicate with co-workers and employers. In order to maintain a successful relationship, you MUST learn how to effectively communicate!

Having hundreds, or even thousands of friends on Facebook may get you a few impressive nods from cyberspace, but it doesn’t make up for the lack of communication you will require in reality. So unplug yourself for a week or so; you may find yourself more connected than you know!