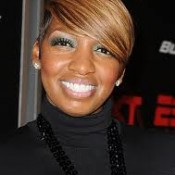 A lot of you have begun to express concern about NeNe Leakes’ behavior both on and off the screen. Could this behavior cause her difficulty obtaining gigs in the future, or is this the “imagery”of the Black Woman that America wants to see?  I believe that we all are doing a double-take now that Kim Zolciak will be getting her spin-off series soon. Things that make you go hum! Now when I look at Kim’s behavior, it an’t too different than NeNe’s.  They are both provocative and know what they want. I refuse to talk about the Sweetie-Kim dynamic; it really looks like something from a racial scene in The Color Purple. However, media makes its choices and we all fall prey to media and its stereotypes.

Now does NeNe have problems with her anger? In my opinion, no, however, her behavior resembles that of  a personality disorder.  I in no way am trying to diagnose the celebrity,  but I will tell you a little bit about this disease.  Persons who may have a personality disorder simply have a maladaptive pattern of dealing with conflicts and others. When I think about Ms.Leakes, there is one type that jumps out of my head: Histrionic Personality Disorder. This one can be fun, but irritating also.  Persons with this disorder tend to be colorful, seductive and need a lot of attention. You may say well what is wrong with these characteristics? Nothing except when a person continuously produces those symptoms in the extreme. This fatigues their family and friends and as a result, persons with this disorder an find themselves in social isolation and frustrated.  Does this sound a little familiar?

Here is the thing with NeNe: I am not so sure that she was ready to handle the quick fame, along with life’s challenges, that the The Real Housewives of Atlanta afforded her. Please be advised that stardom and fame is no joke.  I am reminded of Lena Horne who was the the epitomy of all actresses. She maintained a low-level life and rarely found herself in bad media blitzes.  However, today’s clebrities crave media attention, whether bad or good. I a not convinced that NeNe needs anger management therapy but she may need to process the pitfalls in her marriage, her son’s behaviors and her relationships with others in her immediate family.  She is outspoken and we use to like that about her in the past. I guess that maybe it is too much for her sudience.  NeNe, you’ve got to know when to fold and when to hold.