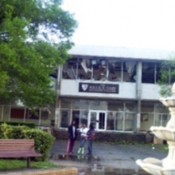 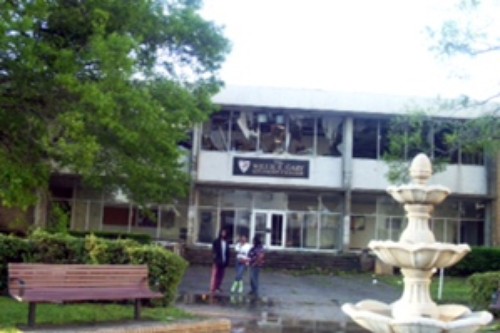 Shaw University and St. Augustine’s College in North Carolina were severely damaged in a storm on Saturday.

“While we exist to educate these young men and women, our first priority is their safety and well being,” said Shaw President Dr. Irma McClaurin in a written statement.  “With this widespread damage, we could not resume operations in time to continue classes over the next two weeks.”

The University says graduation will go on as scheduled at the Dorton Areana on Saturday, May 7 at 11 a.m. School officials say, “Grades will be assigned based on work done to this point in the semester, and the math and English competency exam requirement for seniors has been suspended for this semester only.”

A representative for Shaw University says the campus was “severely damaged” but no students or University personnel were injured in the storm.

“With dormitory rooms damaged and the Willie E. Gary Student Center-– which houses the university’s cafeteria — devastated, Shaw moved quickly to provide food and shelter to all students affected by the storm,” the University said in a release.

The student center sustained the brunt of the damage, with a hole being ripped in the roof.

The Red Cross opened a shelter at Southeast Raleigh High School, which will house many of the displaced students.

Other students made arrangements to stay with family or friends, or at a hotel. 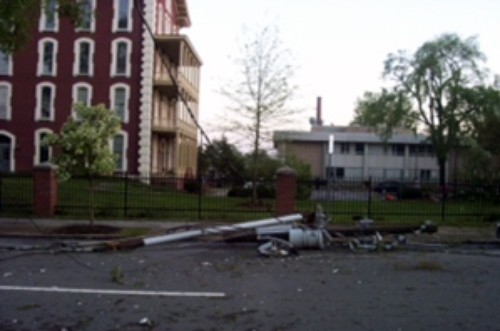 Latoya Sutton with St. Augustine’s said Sunday morning, “the campus remains without power, however generators are running in strategic locations and food service is available.”

My heart goes out to all of those affected by this damage, please keep these two schools in your prayers!