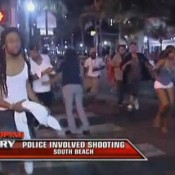 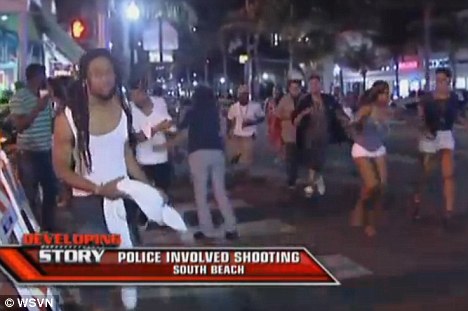 Memorial Day weekend in Miami Beach has long been a destination for revelers because of Urban Beach Week.

It’s rare that the event ends without some type of incident, and between bikinis and bottles this year was no different.

One person died and seven people were injured during two different shootings in the early morning hours on May 30th.

One shooting, at around 4am on Collins Avenue and 15th Street, was caught on camera by a panicked onlooker and posted on YouTube,

The footage, with the caption ‘South Beach is becoming a ghetto every Memorial Day weekend‘, shows gunfire coming from a car racing down the street.

Officers surrounded the vehicle before exchanging shots with the men inside. The driver was killed and two police officers were injured in the ensuing fire fight. 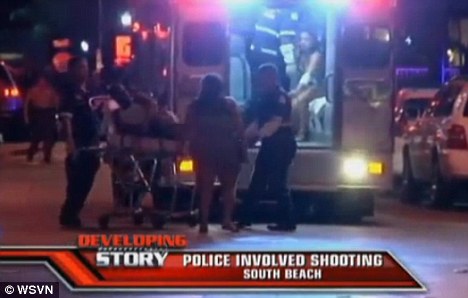 Another shooting erupted only a few blocks away, on Washington Avenue and 14th Street, at around 5.15am.

The two Miami Beach officers injured in the first shooting were taken to Mount Sinai Medical Center for treatment, along with an officer from Hiealeah.

Five other people were taken to Ryder Trauma Center after being injured in the shootings. One later died.

After reading this story…I hope some of you take better precaution on where you decide to spend your Memorial Day weekend.

Has your vacation ever ended in trauma?