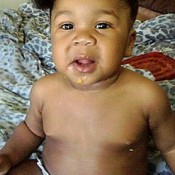 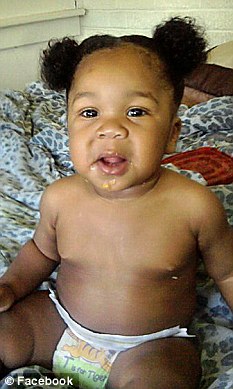 A five-year-old girl dragged a toddler to a bathtub and drowned him because he made too much noise and cried too much, according to police in Kansas City.

It was at first thought that the death of 18-month-old Jermane Johnson Jr was an accidental drowning at a relative’s home in Kansas.

But after social workers questioned the girl who was in the house with him, she told them that she didn’t like the toddler because he ‘made too much noise’, and ‘cried too much’, police said.

What a tragic story. I’m hoping that the little girl receives counseling to help her understand what happened.  At such a young age to start physically harming others, I hope she will get the help she needs. How did a 5-year-old know exactly “how” to kill a toddler? I also want to know why these babies were left alone – in a home with someone who obviously didn’t have the mental capacity to properly care for them. Somebody needs to be held responsible and it isn’t the 5-year-old!

Prayers go out to the family of little Jermaine Johnson Jr.

What do you think of this story? Should the parents be held responsible in the death of their son?