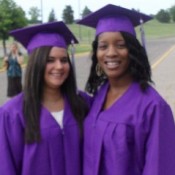 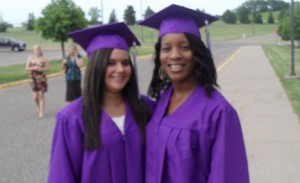 One student has decided to fight back.

Quera Pruitt, who graduated from Red Wing High School in 2010, is listed as a plaintiff in a class action lawsuit filed against the district.

The lawsuit says Sept. 30, 2009, was originally designated as ‘Tropical Day’ as part of the school’s homecoming celebration.

But 60-70 students renamed it ‘Wigger Day’ or ‘Wangsta Day’ and
donned ‘oversized sports jerseys, low-slung pants, baseball hats cocked to the side, and “doo rags.”‘

‘Wigger’ is defined in the suit as ‘a white person who emulates the mannerisms, language and fashions associated with African-American culture.’

The lawsuit also accuses school officials of knowing about the ‘Wigger Day’ in 2009, as well as in prior years, but did nothing to stop it.

Mr Williams said: ‘To let this happen multiple times is shocking and we believe unlawful.’

District Superintendent Karsten Anderson denies that the school had a hostile racial environment.

It’s never acceptable to take the negative aspects of someone’s culture and make fun of it. I think that besides the school…the students involved should have received some type of disciplinary action. However, I’m sure that most of them are no longer in high school so I digress. Readers, racial stereotyping hurts people, especially children. We can not let this kind of thing become acceptable!

Do you think that the school should be held responsible for the actions of its students?