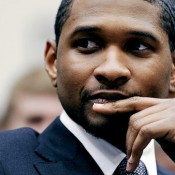 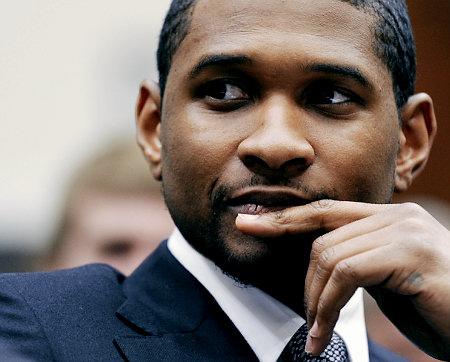 R &B Singer Usher attempted to enjoy the Halloween Parade in Atlanta’s Little Five Points…but was attacked by a violent pilgrim.

Usher was in was bull-rushed in the middle of a crowded parking lot in ATL last weekend — by an angry woman looking to fight the singer for parking in a handicap spot … and TMZ has the footage.

Eyewitnesses tell us .. Usher had just arrived to the Little 5 Points Halloween Parade (hence the guy in the Elvis costume) when the woman saw U’s SUV parked in a handicap spot.

We’re told the woman demanded the singer move his car — but Usher refused and she went ballistic … screaming, flailing her arms, and grabbing Usher’s hoodie.

At one point, she screams, “You don’t belong here!”

Sources say the woman’s husband eventually dragged her away from the scene — and Usher drove away not long after.

Attempts to reach Usher’s people were not successful.