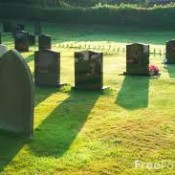 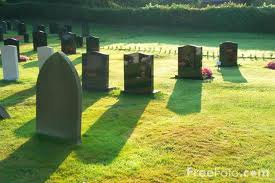 I completed a survey of readers on March 5, 2012 and asked them to rank-order ten topics that I had selected to post about in the next few weeks. Surprisingly I was asked to write again on the “warning signs of depression.”  (I just did a post February 27, 2012) I know for a fact that I had recently provided a post concerning this issue, but I had to listen to the voice and request of my readers.  We are suppose to be sure to create fresh content, but as a Psychiatrist-it is my duty to respond today to this request. Also, interestingly today I received a link back on this very post. This article has some new information and the intent is more serious this time.

However, this time I would like to start the post with Five Simple Questions that I need each of you to answer and ponder:

There will probably be mixed responses to the questions above, but I would like to take this opportunity to provide some education.

SUICIDE AND DEPRESSION ARE A SERIOUS PROBLEM AND MUST BE ADDRESSED!

Frequently people who commit suicide have shown ample warning signs, it’s important to become aware of the signs that someone may be contemplating suicide. Together, we can help to get our loved ones the help they need.

BE AWARE OF THE WARNING SIGNS
Are you or someone you love at risk of suicide? Get the facts and take appropriate action.
Get help immediately by contacting a mental health professional or calling 1-800-273-8255 for a referral should you witness, hear, or see anyone exhibiting any one or more of the following:

Other Cardinal Signs of this Dreadful Disease:
-Hopelessness

-Acting reckless or engaging in risky activities, seemingly without thinking

-Increased alcohol or illicit drug use (cannabis, cocaine or others)

-Withdrawing from friends, family and society

-Anxiety, agitation, unable to sleep or sleeping all the time

-No reason for living; no sense of purpose in life
BE AWARE OF THE FACTS
1.    Suicide is preventable. Most suicidal individuals desperately want to live; they are just unable to see alternatives to their problems.

2.  Suicide is the 11th leading cause of death in America.
3.    Talking about suicide does not cause someone to be suicidal.

4.    Approximately 32,000 Americans kill themselves every year. The number of suicide attempts is much greater and often results in serious injury.

9.    Suicide occurs across all age, economic, social, and ethnic boundaries.

10. Firearms are currently the most utilized method of suicide by essentially all groups (male, female, young, old, white, non-white).

11. Surviving family members not only suffer the trauma of losing a loved one to suicide, and may themselves be at higher risk for suicide and emotional problems.
WAYS TO BE HELPFUL TO SOMEONE WHO IS THREATENING SUICIDE
1.    Be aware. Learn the warning signs.

4.    Be direct. Talk openly and freely about suicide.

5.    Be willing to listen. Allow for expression of feelings. Accept the feelings.

6.    Be non-judgmental. Don’t debate whether suicide is right or wrong, or feelings are good or bad. Don’t lecture on the value of life.

8.    Don’t give advice by making decisions for someone else to tell them to behave differently. 9.    Don’t ask ‘why’. This encourages defensiveness.

13. Offer hope that alternatives are available, do not offer glib reassurance; it only proves you don’t understand.

14. Take action! Remove means! Get help from individuals or agencies specializing in crisis intervention and suicide prevention.
BE AWARE OF FEELINGS, THOUGHTS, AND BEHAVIORS
Nearly everyone at some time in his or her life thinks about suicide. Most everyone decides to live because they come to realize that the crisis is temporary, but death is not. On the other hand, people in the midst of a crisis often perceivetheir dilemma as inescapable and feel an utter loss of control. Frequently, they:

Don’t take on this process ALONE. Talk to someone.

1. Did you learn more about depression and suicide?

2.  Do you feel competent to answer some basic questions about this disease or illness?

3.  Would you like to complete some case studies with Dr.O addressing this issue?

4. Do you feel you STILL need more crisis training addressing-suicide?

This is a serious issue and must be addressed by all communities. If your club, church group, fraternity, sorority and youth group would like to learn more about this disease in a workshop or seminar, feel free to call me at (404) 575-4785. Mr.James Belk is the coordinator of symposiums and special speaking engagements for my organization.