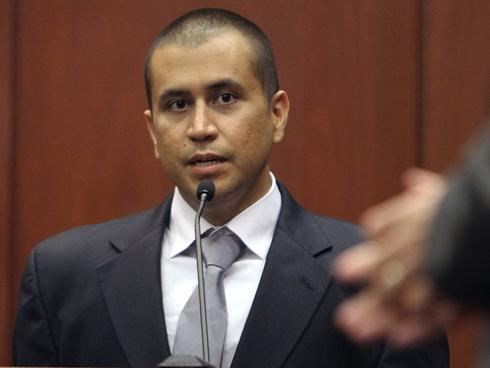 Trayvon Martin’s killer and neighborhood watch Captain, George Zimmerman, went to court recently.  While on stand, reports show that Zimmerman made some statements that help police establish his guilt in second-degree murder.  Prosecutors are claiming to keep Zimmerman’s statements under seal pending his trial.  This triggered civil rights protests across the nation, while sparking debates over guns, self defense, and U. S. race relations.

One prosecutor claimed in the court filling, “Defendant (Zimmerman) has provided law enforcement with numerous statements, some of which are contradictory, and are inconsistent with the physical evidence and statements of witnesses.”  They say that Zimmerman’s statements were admissible in court and conflicted with other evidence and statements helping to establish the defendant’s guilt in this case.

They did not offer any details on the statements.  They said that those statements are protected by Florida’s public records law giving no provision requiring “the disclosure of a confession” of a defendant.  However, the court filing asserts the public that the provision includes an admission of a defendant that could be used against him at his trial.”

Zimmerman, 28, is accussed of shooting and killing 17-year old Trayvon Martin as he walked through a gated residential community in Florida.  Police originally declined to arrest Zimmerman due to Florida’s “Stand Your Ground Law,” but a special prosecutor who was subsequently appointed charged Zimmerman with second-degree murder.  Zimmerman then pleaded not guilty.  And the investigation continues.

Mark O’Mara, Zimmerman’s lawyer,  asked the judge to withhold the thousand of emails recieved, most of them that were racially charged, and Zimmerman’s own text messages, emails, and journal entries gathered by prosecutors as part of their evidence against Zimmerman.

One thing needs to be addressed about this case and that is the procrastination of the case with respect to “lack of evidence.”

That is one thing that I do not understand! How can there be a “lack of evidence” when in today’s time technology is at its all time high and detectives are trained to gather every bit of information.  If evidence is not being collected as should be, then the training and technology is flawed.  If the technology and training is flawed, then the government that governs and disciplines the people is flawed and should be thrown away like “flawed evidence.”

We all know that that will NEVER happen, so how can we pick and choose what we want to believe?  Evidence shows all fingers pointing in Zimmerman’s direction for murdering Trayvon Martin.  It is utterly ridiculous how long and stretched out this case is being drawn out.  It is absolutely no reason Zimmerman should be out of prison right now.  Not only did he shoot and kill Trayvon Martin, but he intentionally denied direct orders from the police.  They told him to not follow Trayvon Martin, but Zimmerman insisted on claiming that Trayvon looked like he was on “drugs or something” for walking in the rain.  He disobeyed the law, which is a crime in it of itself without acknowledging the fact that he pulled a gun on an innocent citizen.

This case has gone way too far in attempting to save George Zimmerman.  If this man walks away from this, he would have gotten away with murder!!

Leave a comment below if you have an opinion about the events above.