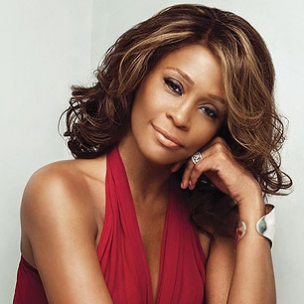 In less than two months, the world will reflect on the one year anniversary since the death of the iconic singer, Whitney Houston. Medical examiners officially labeled her cause of death as drowning while in the bathtub due to her fatal combination of cocaine and other legal drugs. Now a private investigator has allegedly come forth with evidence possibly marking Houston’s death as a homicide. According to Black Media Scoop, private Hollywood investigator Paul Huebl, submitted evidence to the FBI that could possible point to the singer being killed over a drug debt.

Huebl believes the troubled star was targeted by several high powered drug dealers who sent thugs to collect a huge debt she owed for drugs. She owed $1.5million to dealers, according to some reports. However, Huebl told other sites that he doesn’t know for certain that Houston was killed – only that evidence he collected could point in that direction. Huebl says he obtained surveillance video that shows two unknown men who repeatedly went to the Beverly Hilton and integrated themselves into Houston’s entourage.

BMS reported that the investigator was hired by a client who didn’t believe Houston’s cause of death but that clients identity was not given.

As much as the public hates to slap the addict label on one of their most beloved entertainers, it’s been proven that Whitney abused drugs. We would much rather remember her passing peacefully in her bed after a night of monumental singing instead of overdosing in a bathtub the night before the Grammys. She was on her way to a great comeback but unfortunately, medical experts ruled that she slipped back into old habits therefore leaving her unable to completely redeem herself.

Was this a cleverly organized murder or an attempt to divert the drug use away from Whitney’s memory?