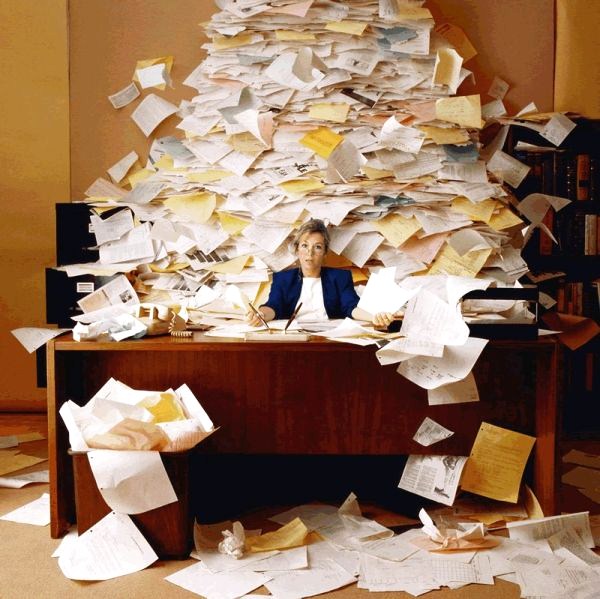 Stress can be hard enough to deal with as it is, so it can probably seem unbearable at times if you encounter it daily like in the workplace.  If your home life is stressful, the last thing you need is another untimely report or presentation to pull your hair out over for the next eight hours. There’s only so much stress individuals can take and that depends on the person. However, once that optimum level is reached, it  could start to be a serious  hazard to their health if not relieved. So how do you know if you’re the cause of an increased amount of grey hairs in the office?

According to, the Huffington Post, there are at least eight actions done by employers that signals they are causing stress in some way. That means that if the boss is under too much pressure, that stress will most likely trickle down to the employees causing an overall uneasy work environment.

“Wishy Washy” instructions and “piling on responsibilities” are two ways the Huff Post reported will add to a stressful environment. If your boss gave you a task with a set of instructions last week and this week he/she is telling you to do it another way after you’ve nearly finished it, there’s no big guess as to why this might cause a spike in stress levels, especially if this is regular behavior for your employer.

Maybe your employer isn’t “wishy washy” but instead continues to add to your work load before you’ve had a chance to complete the first ten tasks you were assigned. David W. Ballard, PsyD, MBA, the Assistant Executive Director for Organizational Excellence at the American Psychological Association, recommends that employers try to monitor their employees workloads. That way they can get a better feel of whose better equipped to take on more.

You could be nicer.

There’s a difference between being stern and being mean. About 35 percent of employees have reported feeling bullied at work, and mostly by bosses, according to a Career Builder survey. And the effects go beyond “just” stress, to related conditions like depression and insomnia. Take some time to reflect upon whether your behavior could be perceived as hostile, Ballard suggests, and if it has created a pattern of negative effects on your employees. Commit to putting a stop to bullying in the workplace by other managers or employees by making sure you fully understand your company’s policies on such behavior and following through with the consequences.

Remember, in order to deal with the effects of stress, first you must identify what’s causing it in the first place. Whether it be on the job, at home, or even from yourself (the cure might be the boss taking a little R&R for themselves). Once you’ve targeted where its coming from, then you can work on ways to effectively resolve it.