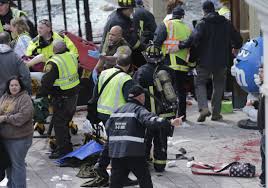 I am very interested in how this will effect us here in America. I see that Fox, CNN and many other news outlets have made this a media frenzy.  Although there has been an arrest made  still are we safe? http://www.cnn.com/2013/04/17/us/boston-blasts/index.html?hpt=hp_t1 However, are we really looking at the real issues and how they will affect us in our future. This is the thing, it is important for us to certainly be aware of what is going on but someone should really address the psychological effects of what is going on. http://askdro.com/2013/04/is-america-safe-anymore-aftermath-of-the-boston-marathon-2013/ There are 3 critical areas that I can see will be most impacted.