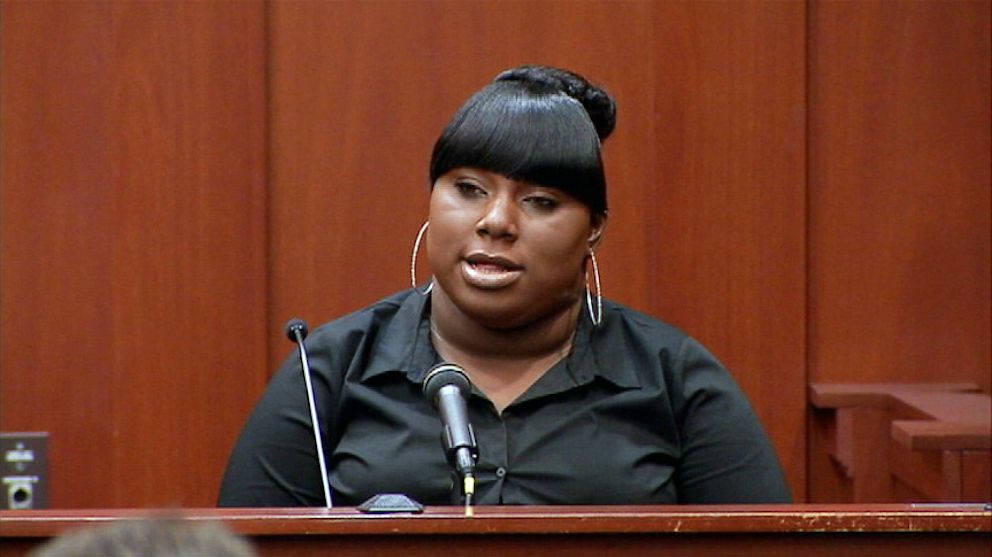 Star witness in Zimmerman trial, Rachel Jeantel, the young lady who was the last person to speak with Trayvon before he was killed the night of February 26th, 2012 testified Wednesday June 26th, 2013 in court.  Her tearful testimony not only moved others in the court room but Trayvon’s father also became tearful.  As she was being cross examined by Attorney Don West she became irritable.  He questioned star witness Rachel Jeantel why she did not attend Trayvon’s funeral and why she would not meet with the family after his death.  Rachel became upset and explained you do not understand how it feels to be the last person to speak to someone before they die.  As the cameras and the media flashed their lights and as the heat from the court room lights shined on Rachel’s face it became clear that this lady felt very uncomfortable with being on the stand.  She continued to recount her story of what took place that evening by giving as much detail as she possibly could.

Rachel Explained that she was on the phone with Trayvon Martin as he walked home that evening.  She stated Trayvon said some “creepy ass cracker” is following me . Rachel suggested that the man may be a rapist of some sort. She also suggested that he run home. Trayvon reassured her that he was close to his fathers fiances house and he felt he could make it safely.  After that the phone went dead.  Rachel called back and Trayvon then stated “the nigga is behind me”. She heard a bump and what sounding like a scuffle in the grass and Trayvon stated “get off of me”.   The call was then cut off and she never spoke to Trayvon again.

These last sounds of Trayvon Martins voice will forever haunt Rachel.  It was apparent that this awkward situation has become more awkward for her.  After a year of replaying the phone call in her mind and trying to resolve that there was nothing she could do to save his life and that his death was not her fault, she now has to relive the incident ALL over again.  Can you imagine how this young lady may feel.  How would you feel if you found yourself in this same predicament do you feel you would be strong enough to recount such a moment on the witness stand in front of he world?

Take a look at some of my articles related to dealing with death and understanding what Post Traumatic Stress Disorder is.