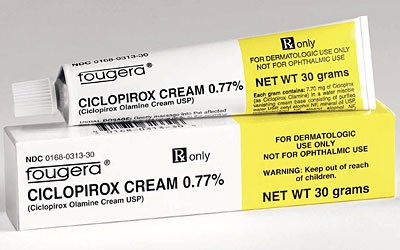 A common drug that dermatologists turn to treat nail fungus appears to come with a not-so-tiny side effect eradicating HIV. Anti-fungal cream is killing HIV?!? n a study performed at Rutgers New Jersey Medical School, not only does the drug Ciclopirox completely eradicate infectious HIV from cell cultures, but unlike today’s most cutting-edge antiviral treatments, the virus doesn’t bounce back when the drug is withheld. This means it may not require a lifetime of use to keep HIV at bay. The same group of researchers had previously shown that Ciclopirox approved by the FDA and Europe’s EMA as safe for human use to treat foot fungus inhibits the expression of HIV genes in culture. Now they have found that it also blocks the essential function of the mitochondria, which results in the reactivation of the cell’s suicide pathway, all while sparing the healthy cells.

The researchers said that one aspect of HIV that makes it particularly persistent, even in the face of strong antiviral treatments, is its ability to disable a cell’s altruistic suicide pathway which is typically activated when a cell is damaged or infected. In other words, infected cells that would normally commit suicide to spare healthy cells no longer pull any altruistic kamikaze missions. Ciclopirox tricks these cells back into their old ways with a double negative, disabling the disabling of the suicide pathway. It’s still going to take clinical trials on humans to study the safety and efficacy of Ciclopirox as a potential topical HIV treatment, but the fact that it’s already deemed safe for one type of human use could make the regulatory process faster than usual. In fact, the researchers note that another FDA-approved drug now thought to help subdue HIV, called Deferiprone, skipped studies in animals and went straight from tests in culture to a phase I human trial in South Africa, possibly paving the way for other FDA-approved drugs to move faster through the study phases. (Unlike Ciclopirox, which is approved for topical treatment, Deferiprone is FDA and EMA approved for systemic use, meaning it effects more than just one part of the body.) [via -CNET]