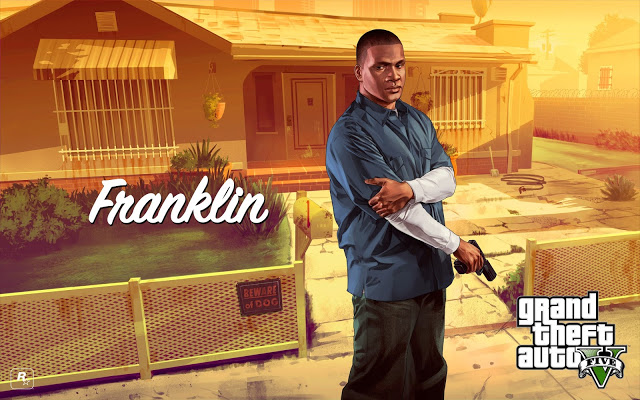 Many video games manipulate young children minds. It’s something about a child’s mind and being able to play a fantasy world which makes them so happy. Kids and some adults will sit down for hour’s at times playing video games only to stop for food or to use the rest room. Grand theft auto video game racially profiling blacks!  GTA V developer Rockstar has been forced to come out and defend Los Santos’s police force against claims of racial discrimination from gamers. The world has been absorbed by the free-roaming game over the past week, which has broken sales records and been critically-acclaimed for its immersive gaming experience and realism. Some players have been irked by what they see as racial profiling by the in-game police however, purportedly experienced when playing as the game’s only black protagonist, Franklin. Reviews from gamers say; ‘Walked up to a cop as Franklin, cop dropped his coffee and said “back the f*** up”. Then shot me in the face. For no reason #Racist #GTAV’ one gamer wrote on Twitter, with another adding: ‘anytime I’m Franklin, I get chased by cops for “a disturbance.” this never happens with Michael or Trevor. The GTA cops are racist’

The Grand Theft Auto series is known for its satire and social commentary, but Rockstar insists the in-game police do not have a proclivity towards arresting black people. The developer told Buzz feed: ‘This is absolutely false, the in-game police don’t treat one lead character any differently from the others.’ More likely, players choosing to commit crimes in broad daylight with assorted weapons might be the reason for excessive police attention, something that can be remedied with this painfully obvious but useful GTA tip that surfaced earlier in the week. After viewing this blog do you still think it’s just a game, it takes parents to buy games like this for their children because these games are Rated R. Not only does this game promote violence and stealing it now shows signs of racial profiling. It might be just a game to a adult because you may understand the difference between real life and games but that does not mean a child or even a young teen can differentiate the two!