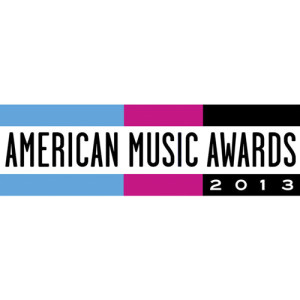 So, the American Music Awards just went off and I have to take a minute to talk about the good, the bad and the ratchet.

There were many performers and most of them were pretty good. Katy Perry opened the show with an Asian inspired performance that left me in a zen like state. Ariana Grande sang “Tattoo Heart” and sounded as sweet as she looks. Now Rihanna isn’t exactly known for her stellar vocals, but aside from her spastic dance moves, she belted out a pretty high quality “Diamonds”. Dare I say it was one of her best vocal displays? Maybe I should hold my tongue. Christina Aguilera joined A Great Big World and performed a vulnerable and passionate rendition of “Say Something”. X-tina showed off her new slim body and sang with a subtly that we don’t get from her often. She should do it more. Miley Cyrus sang a stripped down (literally and figuratively) version of her hit “Wrecking Ball”. Vocally, it was pretty good. Miley has lungs, but the gimmicks always take away from the voice. In true Miley fashion, she wore a two piece kitty-clad bikini and had a huge cat lip syncing in the background. It was awkward and confusing. Justin Timberlake never disappoints and tonight was no exception. Jennifer Lopez performed a Celia Cruz tribute and in her 40s is still looking better than a lot of girls in their 20s. Well done J-Lo. Well Done. I think it’s important to mention that during Mackelmore’s acceptance speech, being broadcast from Florida, spoke out about racial profiling and more specifically Trayvon Martin. Kudos. R.Kelly and Lady Gaga teamed up for an oddly erotic duet that left me scratching my head yet tapping my feet. You have to admit, Robert and Stephanie are two talented weirdoes.

Okay, now for the bad. Pit Bull hosted, barely. His appearances were so far and in between that I forgot he was the host. Every time he showed up to say something I was shocked to see him. I was like, “Oh yeah, he is hosting!” He also performed, but I feel like we’ve seen that performance a dozen times from Mr. 305. TLC kinda reunited for… I don’t know why they “reunited” actually. When I see T-Boz and Chili together, I just think they look incomplete. I miss Left Eye with them. Lil Mama played Left Eye in the Vh1 movie, but that did not give her license to take her place during the performance. She did well, I guess, but I think she stumbled over a few of the lyrics. Have we forgiven her for jumping on the stage with Jay-Z and Alicia Keys yet? No? Okay. She didn’t do horribly though, just seems like no one can replace Left Eye and it seems like they keep trying. Chili didn’t miss a beat. She looked as young and vibrant as ever and her baby hair was still slicked down the sides of her face. T-Boz, however, was not as fortunate. She has gained a considerable amount of weight, which isn’t necessarily a problem, but she couldn’t keep up with her counterparts.

Now, no award show would be complete without at least one display of ratchetness and Rihanna did not disappoint. Rih Rih is one of the most beautiful women in the world with one of the greatest bodies. Her fashion choices always turn heads and make headlines, but this time… maannnn this time. She accepted an award and performed in sexy black gowns, but the problem was her hairstyle, or lack there of. I’ve seen my mom and sisters go to bed with their fleshly done heads wrapped in a circular style that protects the mane during slumber. Key words, DURING SLUMBER! Rihanna gave zero cares and rocked her wrap on stage with bedazzled bobby pins exposed and accepted her Icon award, presented by her mother.

Taylor Swift walked away with several awards and One Direction took home a couple. Jay-Z appeared via satellite and honored Rihanna with the first annual Icon award, which many people don’t feel that she deserved (but that’s another topic for another post). I think there were more hits than misses, but my biggest issue with the show was the lack of diversity. Many genres were represented, but the true soul singers were nowhere to be found. And with so many different types of music, where was the gospel category?

Overall, the AMAs were a pretty well organized and executed show displaying some of the best artists the industry has to offer. It was too much to talk about everything, but if you DVR’d it, watch it. If you watched it when it aired, what did you think? Who or what stood out to you?