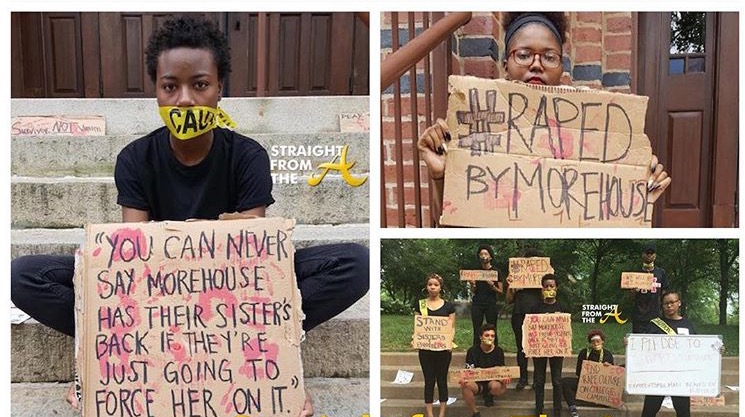 A video with students Spelman and Morehouse students speaking about dating life in the AUC. 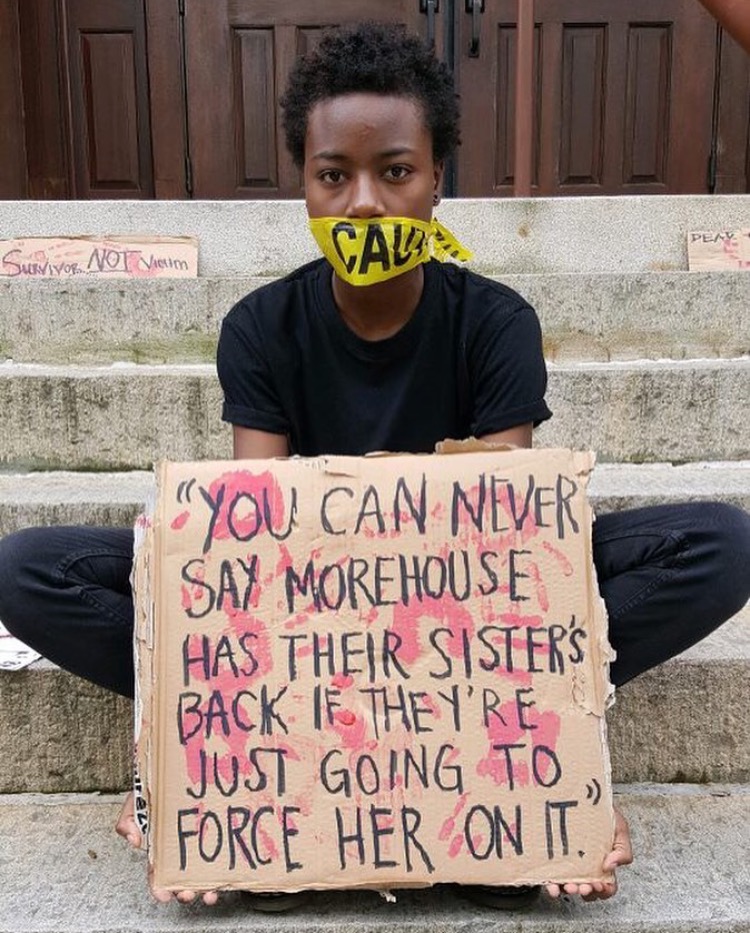 Rape Culture on College Campuses: Are our Students Safe?

Rape is becoming a growing issue in the younger generation and it’s beginning to infiltrate the college community. Social media has been in a frenzy the past few days on behalf of a freshmen Spelman College student taking to Instagram to vent about being raped by multiple students from Morehouse College. After a night of alcohol and partying, she explained how she was left by her female friends and was forced into sex by four guys who she thought were her male friends. Her account was named “@RapedatSpelman” as she wanted to remain anonymous to avoid being patronized by other students. She also exclaims that she immediately filed a report with Spelman College police. She says they were extremely lackadasical and un-remorseful about the incident and didn’t follow up with her for several days.

The tragedies lies in knowing the history between Morehouse and Spelman College which leaves many parents and students vulnerable to such possibilities. This sister and brother school duo prides themselves on integrity, honor, and service to all mankind. Nevertheless, this unfortunate incident sheds light on the hidden behavior at all colleges and universities. So how does this happen? When does partying as friends turn into a traumatic nightmare for a freshman? Are our schools security departments treating this issues with urgency? 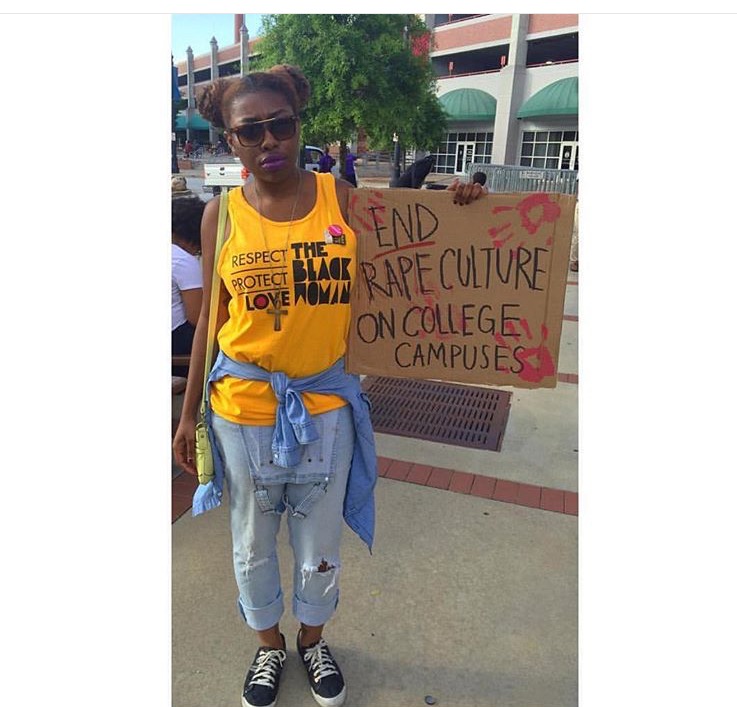 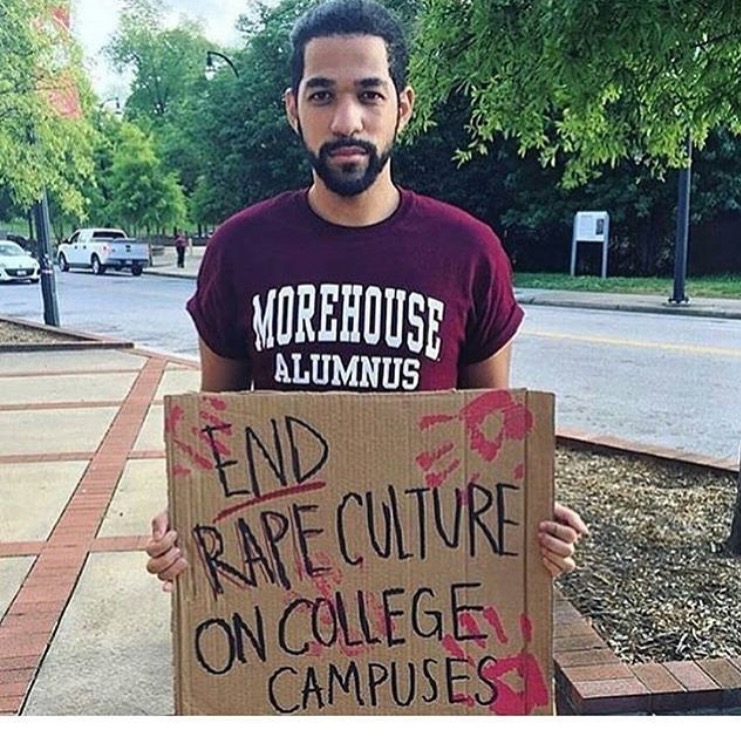 Rape has many negative affects on the young, female psyche. She is automatically subjected to post-traumatic stress, peer ridicule, and internal battles. She will experience anxiety attacks and depression. Sometimes, the victim loses confidence in herself and blames herself. The nightmare will continuously replay over and over in her head and it will reflect in her interactions with guys and new female friends. Some of the worst cases result in a bipolar disorder where it becomes impossible to effectively let go of the devastating experience.

The girl has transferred out of Spelman College and her courageous act has fueled a much needed conversation on rape culture and sexual violence in the collegiate community. According to The US Department of Justice, approximately 30% of sexual assault cases are reported to authorities leaving 70% unreported. How many students are being raped and not telling anyone?

We will soon blog about the sexual behaviors of young men that may feed into the idea of sexual violence being ok. Because sometimes, we overlook many of the signs that a person, or worst those we hang around, maybe capable of such a cruel act. We also may contribute to the fear of speaking on such incidents. Make sure you are encouraging your colleagues to speak up when they see wrong or are being wronged.

If you know anyone who has been raped or has raped someone, please contact your local police department or call  the National Sexual Assault hotline at 800.656.HOPE (4673).

Some of the victims tweets are shown below. 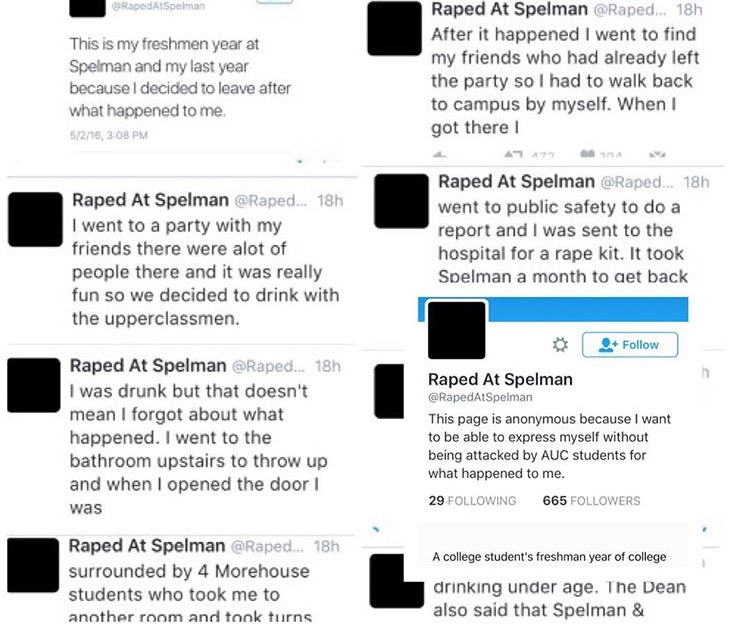