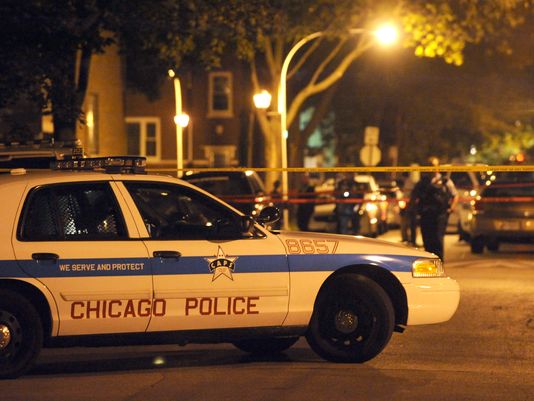 More sad news flows in as Chicago is becoming  one of the most dangerous cities in the United States. As of yesterday  the city has recorded over 300 homicides since January, 2016; 23 being over the past week while 13 occured just this past Father’s Day weekend. One of them being one we reported on when a man was murdered live on Facebook VideoStream–(http://askdro.com/2016/06/28-year-old-male-shot-to-death-during-live-facebook-videostream/).  According to DNAinfo.com, the city could possibly see over 700 murders in total for the year of 2016—the highest number of murders the city has seen in almost two decades.

People are wondering what plagues the windy city. They say its due to a rise in the use of illegal drugs and poor gun laws. Others say that there is a strong lack of accountability for those who commit gun crimes as a good percentage goes unreported let alone resolved.

Currently the city is ranked the 24th most dangerous city in the US as Detroit, MI is ranked number one.

The whole country is experiencing a historical rise in crime with the exception of a few popular cities who have experienced a decline in criminal activity. Activist and theorists say the entire country is currently experiencing a rise in crime due to nation-wide series of police brutality on black people in these dominantly black neighborhoods that has gone justified. They are calling it “The Ferguson Effect” which is the idea that the lack of accountability for public defense misusing their power results in a radical backlash from the community. The community of Chicago suffered at the hands of the police brutality when 17-year Laquan McDonald was shot 16 times by CPD for having a 3-inch knife in 2014. Truth is, there are so many layers we will miss in trying to answer the question of why violence is surging.

In any regards, we hope to see better days for the country as a whole.

To view of a list of victims visit https://www.dnainfo.com/chicago/2016-chicago-murders and to learn more about the increase in the crime rate around the world please visit : http://www.chicagotribune.com/news/local/breaking/ct-12-dead-at-least-41-hurt-in-weekend-shootings-20160620-story.html .