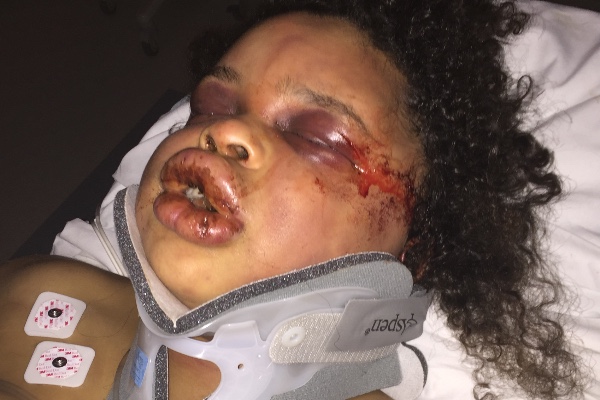 Domestic Violence In Our Relationships

Domestic violence is a deadly issue in our relationships. Sometimes what seems like subtle mistreatment can lead to life-changing violence. Domestic abuse can result from feelings of hate, contempt, inadequacy, betrayal, jealousy, and even competition. Sometimes the desperate need of power can be mistaken as a “big ego” and we cater to it. Readers, it is incredibly important to learn our lovers! We must absolutely pay attention to the potential capabilities of those we trust and confide in. More importantly, we must pay attention to ourselves.

Atlanta residents, Aaron and Prosper Uchitel have brought a sickening story of domestic abuse. Uchitel allegedly kidnapped his wife, tied her up and brutally tortured and raped her for four days. He did this all with their newborn baby sitting there watching him. Criminal reports say Uchitel kept “jabbing” at his wife’s eyes so that the image of her baby who slowly disappear. He also shaved her head saying “I’m going to make it so no one will ever want you again.”

The Uchitels were married for less than a year and so young. How can young love spoil so fast? The injuries described in this case show that Propser escaped death by a short shot. For young lovers, domestic violence and unhappiness do not appear as problematic as they really are.

Then you should pay closer attention to the type of person your dealing with and their core values. The family of Prosper wants females everywhere to know that this happens and it is not ok. Some people really suffer from the need or want to hurt others. If you are experiencing anything unnormal in your relationship we strongly encourage you to reach out to us here at Dr.O for help.

Prosper is currently undergoing multiple medical surgeries and you can donate to her medical fund by visiting https://www.gofundme.com/2ckvx6k.

Our prayers are with Prosper Uchitel and her 6-week old newborn child.