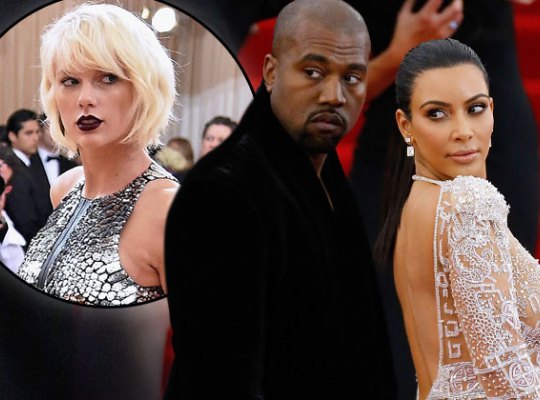 Business is Business! Or is it?

Social media is in a frenzy after Kim Kardashian released videos of Kanye West  and Taylor Swift’s conversation regarding his hit-single “Famous.”

For roughly 7 years the media has been well-aware of the relationship between Swift and West. Recently, Swift has made claims that she didn’t agree to West’s reference of her in the single and that she is far from ok with it. The song says, “I made that b*** famous,” referring to his speech interruption back in 2009 when Swift was awarded a BET award instead of Beyoncé. The moment went viral and Swift immediately became more popular providing reason for the line that she is uncomfortable with. In light of Swift saying that she had no knowledge of and didn’t agree with the nature of the song, Kardashian released secret footage of a conversation held between her and West where she clearly expresses her agreement and excitement with her reference in the suggested future single. Immediately, the world of social media began to express disdain for Swift.

Is Swift being sensitive in a insensitive field of work?

Now we know, no woman wants to be called the B-Word and have her hard work attributed to the impulsive actions of a man. But did Swift really think things through when attempting to recant on her agreement with West? I think that she underestimated his attempt to reach out to her to get her permission. With this being profilic Kanye, and there being one significant interaction between the two of them, what exactly did she expect. Maybe she could have asked for more detail on how the song would go. In any regard, I think it’s pretty peculiar to be complaining about the song months after it was released.

Was Kardashian wrong for releasing such videos?

TMZ reports that Kardashian maybe in legal trouble. Apparently Swift was unaware that her words were being recorded, which is illegal in the state the recording took place. However, I think it was a smart move recording the conversation for defamation attempts like this for Kanye’s sake. Swift has been playing the “victimized by Kanye” role long enough and Kardashian has expressed she is tired of people patronizing her husband. 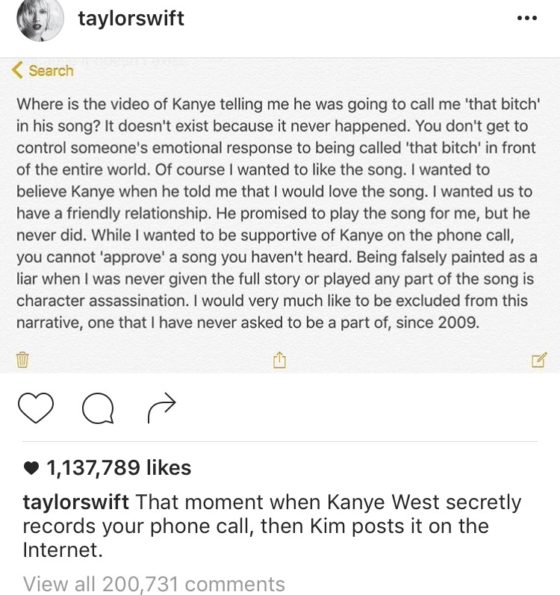 So you agree to the reference, but the not that particular word? We get it Swift and trust me, being called a ***** is never ok! However, you can’t agree to part of something without specifying your preferences. This a lesson that teaches us all to be critical and detailed about what we expect from business deals. Kanye even says, “relationships are more important than punchlines,” further indicating something reckless could be impending.

My point is, you’ve benefitted off of Kanye’s public references so far, why stop now?! Honestly Swift, what are you going to do now ?

To read more about Swift demanding the footage be destroyed, visit http://www.spin.com/2016/06/kim-kardashian-taylor-swift-kanye-west-famous-video-footage/ .