Rest in Peace to Debora Danner.

NYPD has made a grave mistake and it seem they know it this time. On Tuesday, one of their officers fatally shot a 66-year-old African American woman who was yielding a bat. When attacked with the bat, Officer Hugh Barry chose to shoot her with his gun instead of using his taser. The shooting took place outside her home in Bronx, NY on Tuesday. Officer Barry has been a policeman for 8 years until yesterday when he was stripped of his badge. Deborah Danner had a history of crazy behavior and had several other incidents in which she had to be detained by police. The President of the Bronx Borough has stated,

“While I certainly understand the hard work that our police officers undertake to keep the streets of our city safe every single day, I also know what excessive force looks like…this elderly woman was known to the police department, yet the officer involved in this shooting failed to use discretion to either talk her down from her episode or, barring that, to use his stun gun. That is unacceptable .”

Officials say they are wondering why Barry didn’t use his taser. Am I the only one who thinks that a taser might have also been a little too much? What male officer can not detain an old woman without teasing or killing her? 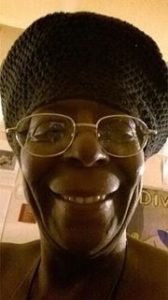 What kind of police do this? What kind of police are incapable of handling a senior citizen with a bat? I wholeheartedly believe this is a case of racial impulse. Some people, police included, get scared in an impulse and pull the trigger. Was it her skin color that warranted no time to think? This is devastating. It could have been my mother, my grandmother. From a 17-year old boy in a hoodie, to a 12-year old with a toy airplane, all the way to a 66-year old woman with a bat. Do we need a special tactics team when it comes to effectively disarming and not killing those of color?

We pray that justice is served this time and we send our condolences to the family of the wrongly murdered woman.