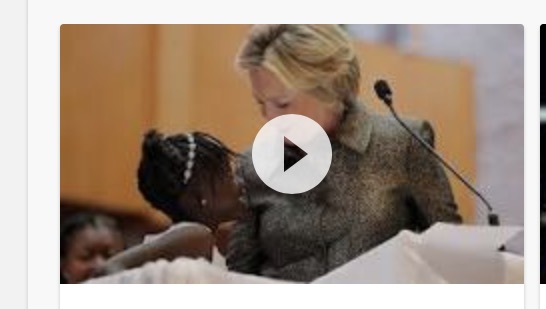 Democratic Presidential nominee, Hillary Clinton, is proving that she knows what it’s going to take to try and bridge the national divide. With an aggressive approach to discuss raging topics with the Black community, Hillary is doing whatever it takes to secure the African American vote. Her recent raw words of encouragement and brave tactics to tackle the taboo, makes you wonder why Trump hasn’t devoted more time to such issues.

Yesterday Clinton visited a predominantly Black church in Charlotte, NC. NC has been under crucial racial tension and protests since the killing of Keith Lamont Scott. In her speech she directly referenced her own family stating that she like all grandmothers worry about the safety of the family. She proceeded by stating that there is a difference in the intensity of worry or fear because there is relentless racial discrimination when it comes to Black people and the police, even more danger in Black Communities. She stated,

“I am a grandmother and like every grandmother I worry about the safety and security of my grandchildren. But my worries are not the same as black grandmothers, who have different and deeper fears about the worlds that their grandchildren face…But because my grandchildren are white, because they are the grandchildren of a former president and secretary of state, let’s be honest here. They won’t face the kind of fear that we heard from [black] young children…”

This is so true.

Black kids are faced with way more life-changing troubles than white kids. They’re even burdened with contempt from the law-an idea that white kids will never understand. [This is based on statistics.]

Clintons conviction made understanding her point undeniable. She sees that there is indeed a national injustice towards Black people. For an actual presidential nominee to admit that there is a such thing a White privilege, doesn’t promise that she gets the whole picture, but it’s definitely a good start towards a promising direction for Black people. With so many rumors concerning her prior intentions in ethically handling the polictics behind African American fugitives and prison prospects, the only question now is does she mean it?

America will eventually have to address the wrong-doing of Police when it comes to handling the African American Male.

Clintons efforts in this area will greatly impact her Black and White vote.