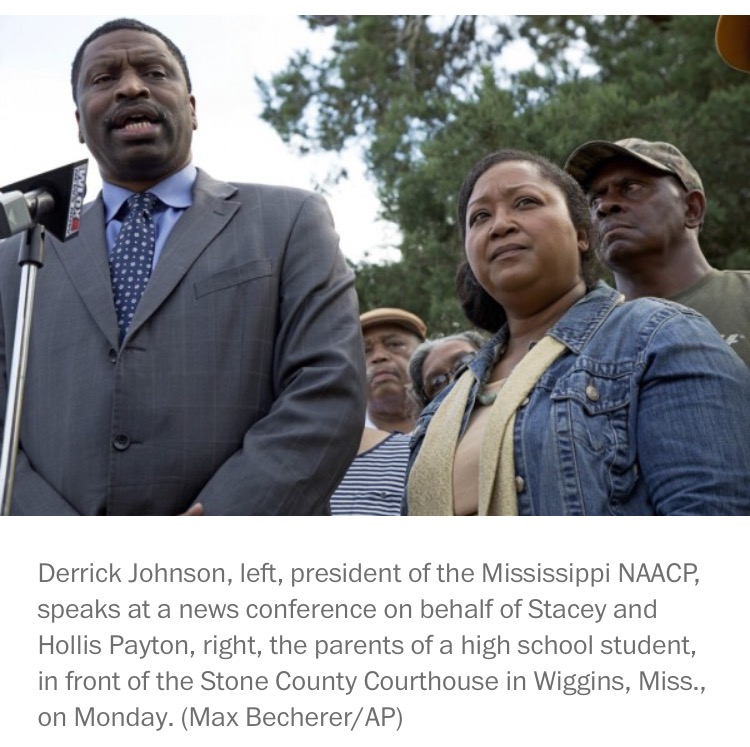 What would you do if your son or daughter came home saying they were chased down and attacked by multiple White students and a noose?

According  to the NAACP, who are currently conducting an investigation, at least four teens chased a Black high school, sophomore football player and put a noose around his neck. They then yanked the noose backward. The young boy said the noose was pulled “tight.”  This alledgedly occurred during a football practice in the locker room. The NAACP is requesting an intense federal investigation.

This is almost so gross that it’s incomprehensible. No child should ever be walking on their high school campus and be subjected to a noose around their neck.

There was a time when racist people just remained in the shadows. I believe that time has ended. The direction in which our justice system is heading and the behavior of our public political figures are catalyzing aggresive racism the world over. Mississippi is one of many southern states that are persistent in dividing the races and it’s a wonder why these high-profile problems have not been targeted.

It is 2016. There is no excuse for this behavior. There is no age limit on morality and constitutional rights. Children who choose to better themselves shouldn’t fear for their safety in an educational environment. This crime should absolutely be treated as a hate crime!