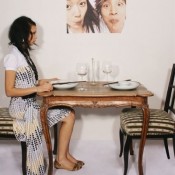 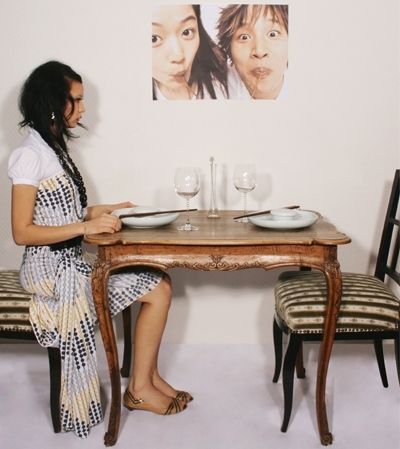 Holidays bring out the best…and the worst in people. Has your normally affectionate and attentive boo, suddenly disappeared? Do you feel a little insecure as the holidays approach? Has he still NOT committed to a New Year’s date?

You just got ditched. Yes, your one time thang is doing somebody new. The holidays are a great time to remember those who matter and unfortunately…those who never did.

Read over this checklist and if you say yes to three of more of these items, it may be time to chop this relationship up as a loss.

If you’re in close proximity to his family and you don’t attend the holiday gathering, but he does, it’s time to let it go. There’s no one that couldn’t have added just one more.

2. He goes on holiday vacation without you.

Has he planned an extravagant ski trip without you? Yeah, enough said.

3. He buys you a gift certificate.

Gift certificates are for people you don’t know well enough to buy a present for…or finicky teenagers. So if he buys you one…well yeah. I guess y’all are just not as close as you thought.

4. He buys you Victoria’s Secret lingerie.

If all he bought you was a teddy from Victoria’s Secret and shows up with the gift on December 27th…then you know your role.

5. He doesn’t buy you anything.

If he doesn’t buy you anything, he just doesn’t care. Period.

6. He spends the holidays with his “other” family.

Ummm….if your boo has another “family” that he has to spend the holidays with…get it together! People make time for who, and what they want.

Holiday parties are a great way to introduce your significant other to your workplace. If he attended the party alone, he doesn’t see you in that light.

8. He doesn’t plan on bringing in New Year’s with you.

You know your grandmother told you,”how you spend your New Year’s is how the rest of the year will go.” He doesn’t plan on ringing any 2012 bells with you.

Is it hard reaching him during the entire month of December? He’s avoiding you so he doesn’t have to deal with any of the above. Take it as a nice gesture and bow out gracefully.

Most people are in and out of the office during December and the beginning of January. It’s the most unproductive time of the year…unless you’re working in retail…so once again take the hint.

I’m hoping this list can help so of you avoid bringing this unnecessary baggage into the New Year.