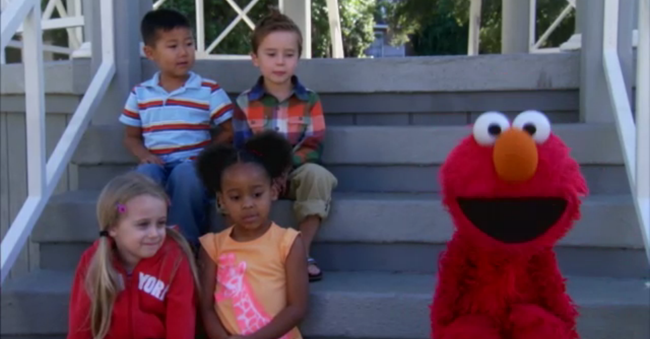 Many of you may already know that veteran puppeteer Kevin Clash has resigned from his 28 year gig as Sesame Street’s Elmo (see Kevin Clash Resigns as Elmo) due to the underage sex allegations against him. The news of his resignation came after one of his accusers recanted his statement about allegedly having underage sex with Clash. Now a total of three people, Sheldon Stephens, Cecil Singleton, and a Florida “John Doe” man are accusing Clash of having alleged underage sex with them sometime after they met via gay chat lines.

According to The Hollywood Reporter, a mystery man filed papers in New York claiming similar accusations about Clash as the previous accusers.

As reported by The Hollywood Reporter:

“When John was just 16 years old and attending high school, he traveled to the New York area for modeling opportunities,” the accuser’s attorney, Jeff Herman, said in the suit. “At 16 years old, John went on a gay chat line to meet friends who were also gay. John specifically stated his intention on the chat line as non-sexual. John was contacted through the chat line by Kevin Clash. Kevin Clash said his name was Craig and he was 30 years old. Kevin Clash was approximately 40 years old at the time” http://www.hollywoodreporter.com/news/third-kevin-clash-accuser-surfaces-394461 .

We won’t know if Clash committed these crimes until proven guilty but I believe people are forgetting the less obtrusive victims here, the children. Elmo is a nationwide beloved children’s character that has been around for decades. Kids learn with him, play with his merchandise, dress up like him and watch him weekly on Sesame Street with the other characters. How will is absence on the show affect the children that see him as a role model? Yes, Sesame Street is more than its character Elmo but Elmo has gone far beyond his  daily television spot. He talks to celebrities, appears on other shows and movies, is incorporated in kids technology and even conducts interviews. The adults know that he’s just a tool to help kids learn but to the kids he’s the real thing. TV is already perverted enough and our kids deserve to have something safe and uplifting that they can watch without us having to worry about its content.

Wrong is wrong, so if Clash or his accusers are guilty of any wrong doing whether it be alleged underage sex or attempting some “get rich quick” scheme  than they should be punished accordingly. However, I think that we should take a look at all the parties affected by  the outcome of the situation, i.e. kids, kids television programing, Sesame Street, and  the credibility of what we expose our children to.