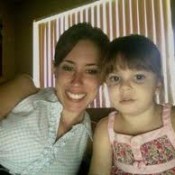 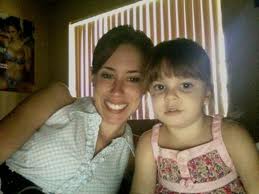 In most cases, motherhood is an exciting time.  For many women, becoming a mom is a lifelong dream that brings the greatest feeling of joy and success.  However, over the news for the last 3 years, we have witnessed one mom who has been notoriously labeled the worst mom ever.  Yes, Casey Anthony or “Tot-Mom” as Nancy Grace calls her.  But, she doesn’t stand alone in that category.  She joins Susan Leigh Vaughnan Smith who was convicted of killing her children in 2005.  The unfortunate deaths of their children are not the only thing that Smith and Anthony have in common.  Take a look at the striking comparisons. 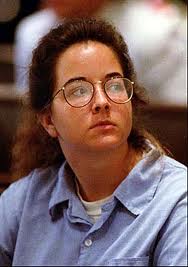 On October 25, 1994, Smith made a call to police saying that she had been carjacked by a black male.  During the time of the alleged carjacking, her 2 sons were inside of the vehicle (3-year-old Michael Daniel Smith, and 14-month-old Alexander Tyler Smith).  While a search did proceed, police had their suspicions about the validity of the story.  In the location in which Smith claimed to have been carjacked, she stated that no other cars were around at the time of the incident.

However, that particular red-light was only triggered when another car was coming in the other direction.  A polygraph was administered to Smith and she was found lying of knowing where the children were. On November 3, 1994, Smith confessed to letting her 1990 Mazela Protégé roll into John D. Long lake.  While Susan claimed that she suffered mental health issues impairing her judgment, other speculations surfaced that the she disposed of the kids so she can have a relationship with a local wealthy man who had no interest of joining a “ready-made” family. The boys were found inside the car, 6ft from land.   Both were strapped to seat belts inside the vehicle.  Mom was convicted of 2 counts of murder on July 22, 1995 and sentenced to life in prison. 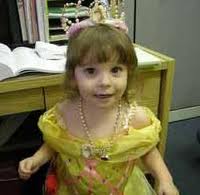 On June 16, 2008, Casey left her parents home with her daughter Caylee and didn’t return for 31 days.  Two days later, she borrowed a shovel from Brian Burner,  a neighbor of her parents, and returned it one hour later.  When asked where her daughter was during those 31 days, “Tot-Mom” said she was with the babysitter Zenaida “Zanny” Fernandez-Gonzalez.  However, it was later determined that while Zanny was a real person, she had never met nor had previously known of the family nor Caylee.

On July 13, 2008, George and Cindy received a letter from the post office saying that Casey’s car had been towed.  George went to retrieve the vehicle and he along with the tow company attendant noticed  a strong smelling odor, seemingly a decomposing body.  When opened, the trunk was only full of trash.  Cindy Anthony reported Caylee missing on July 15, 2008.  She was quoted saying “There is something wrong.  I found my daughter’s car today and it smells like there’s been a dead body in the damn car.”

During that call, Casey spoke with police and told them her daughter had been missing for 31 days.  Anthony was taken in for questioning.  Among the questions, she revealed the false story about the nanny, as well as told police she was employed at Universal Studios.  Suspicious, police took her to Universal Studios and asked her to show them the employment office.  She then confessed that she had been fired years before.  Casey was arrested July 16, 2008 on false statements made to the police, child neglect, and obstruction of a criminal investigation.

A month later she was arrested again for forgery, fraudulent use of personal information, petty theft for forging $700 worth of checks and using a friends credit card without permission.  That same month, Roy Kronk reported suspicious activity in a forested area near the Anthony residence.  No search was conducted at that time.  On December 11, 2008, human remains were found with duct tape on the face of the skull.  The body was determined to be Caylee’s.  Cause of death was homicide.  Casey was arrested again on 9/15/08 again on theft charges.  She was inducted  by a grand jury for murder, child abuse, aggravated manslaughter, and false information to police.  All of which she plead not guilty.  In November of 2008, document were released on searches on Casey’s computer on “how to make chloroform” and “death”.  On April 13, 2009 prosecutors announced they were seeking the death penalty.  In June of that same year, photos of Casey were released.  The pictures depicted the “Tot-Mom” partying during the 31 days her daughter had gone missing.  On July 5, 2011 she was found “not guilty” of all counts except for the 4 counts of falsifying information.  She was sentenced to 4 years in prison, 3 of which she had already served, and $4,000 in fines.


Similarities – Both moms did lie about the incident saying someone had their children, and allowed a search to begin when all along they knew they were leading police on the wrong track.
Both moms were believed to have allowed this heinous crime to occur so that the could live a less-responsible life and focus on themselves and their happiness.

Differences – Smith kept the lie going for less than 10 days before confessing to police.  She offered that a mental illness made her do and is currently serving a life sentence.
Anthony has lied to the police on 4 counts and participated in some truly bazaar activity for a mom whose child was missing.  She participated in acts of fraud, forgery, and theft during the widely televised case regarding her daughter.  She has only been convicted of 4 counts of falsifying information and received 4 years of jail time.

Twitter spectators have joked about the situation saying that these too have made Bill Cosby’s famous line come to life, “I brought you in this world, and I’ll take you out.”  Whatever the case may have been, we know for sure that the world is missing 3 beautiful children to horrible crimes.  I can not stress this enough, but parents if you can’t handle or provide a wonderful life for the children that you created, please seek professional help!  There are people who will care for your children if you can’t.