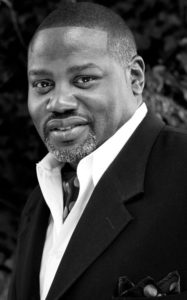 Dwight Antonio Owens, M.D., is a native of Atlanta, Georgia. He completed his early childhood and high school education in the Atlanta Public Schools. Dr. Owens obtained a BS in Biology from Morehouse College and a M.D. from Health Science Center at Syracuse for the Medical Doctorate. After obtaining his M.D. degree he attended Mercer University (Macon, Georgia) to complete an Internship in Family Medicine, and then returned to Syracuse to complete his formal residency training in Psychiatry. In his final year there, he served as the Chief Resident of the Adult and HIV Psychiatry Programs. He furthered his studies at Emory University (Atlanta) in the Forensic Psychiatry Fellowship Program. Dr. Owens is board-certified in Adult and General Psychiatry. He is board-eligible in Forensic Psychiatry.

Dr. Owens’ work experience includes both the general and forensic populations in metropolitan Atlanta. He has provided services at the Lee Arendale State Prison as a contract psychiatrist. He’s also worked in both the DeKalb and Fulton County jail systems. Dr. Owens worked as a staff psychiatrist and clinical director for the Fulton County Department of Community Mental Health, Developmental Disabilities, and Addictive Diseases for two years. For five years, he served as Medical Director for this same agency.

Dr. Owens was a professor for the Osler Institute in Terre Haute, Indiana. He has served as an Adjunct Assistant Clinical Professor for the Morehouse School of Medicine’s department of Psychiatry and Behavioral Science.

As a practicing physician, Dr. Dwight A. Owens, has a respected voice in psychiatry that truly makes an impression. In 2009 Dr. Owens launched this mental health blog www.AskDrO.com.. He keeps readers enthralled by refusing to shy away from controversial topics and pulling no punches. This approach not only draws readers back time and time again, but also compels them to refer the blog to others. AskDrO.Com is a vehicle that allows insurers, nurses, doctors, and most importantly, patients, to express themselves. The effect: steamy debates which increase the appeal of the blog. Dr. O is dedicated to debunking myths, uncovering truth in the media, and providing insight into even the most complex relationships known to man.

As a Psychiatrist, he has received numerous prestigious awards including the Resident Research Award presented by the Black Psychiatrists of America, the Eleventh Annual Chester M. Pierce, M.D. Sc.D. Research Award from the National Medical Association, and the Ernest Y. Williams’ Clinical Scholar of Distinction Award by the National Medical Association.

Dr. Owens’ affiliations include, Alpha Phi Alpha Fraternity Inc., The 100 Black Men of South Metro Atlanta, American Psychiatric Association, The Georgia Psychiatric Association, The American Medical Association and the Medical Association of Georgia. He has completed the United Way’s VIP program, and is listed in the Cambridge Who’s Who for 2007, Kipling’s Who’s Who Among Business Professionals. Dr. Owens was a recipient of the Patients’ Choice Award in 2009 and 2016